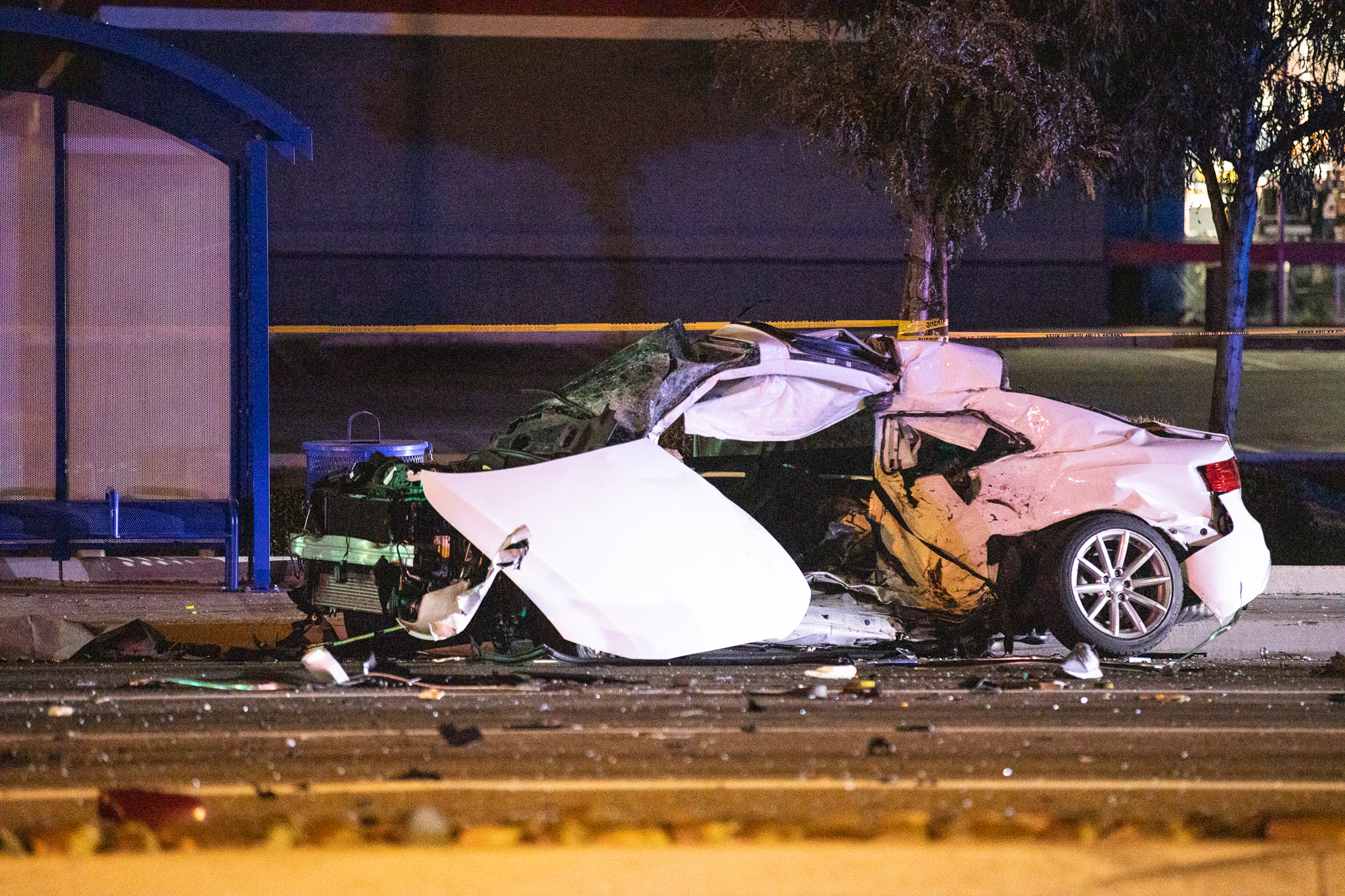 VICTORVILLE, Calif. (VVNG.com) – One person was killed and a second was airlifted to a trauma center with serious injuries after a major crash in Victorville.

At about 12:38 am on September 1, 2019, dispatch received several reports of a two-vehicle collision with one car starting to catch on fire near the intersection of Bear Valley Road and Balsam Avenue.

San Bernardino County Sheriff’s deputies responded and found the male driver of the Audi in the roadway, directly in front of his vehicle, with multiple injuries. Despite life-saving measures, the driver of the Audi was pronounced deceased at the scene.

Victorville City Fire extinguished the vehicle fire on the Hyundai and requested a medical helicopter for the male driver. He was airlifted to an out of area trauma center where he is expected to survive his injuries.

For reasons still under investigation, the white 2016 Audi A5 and a red 2011 Hyundai Tucson collided at the intersection, causing the driver of the Audi to be ejected.

The Hyundai had major front end damage and the Audi had major damage to the driver side. According to witnesses reports the Audi was south on Balsam Avenue and the Hyundai was westbound on Bear Valley Road.

Bear Valley Road between Cypress and Balsam Avenues will remain closed for several hours as the sheriff’s Major Accident Investigation Team (MAIT) process the scene and determine the cause of the crash.

The name of the decedent is being withheld pending positive identification and the notification of next of kin.

Additional information will be updated as it becomes available. Anyone with information or may have witnessed the collision is asked to contact 760-241-2911 and reference case # 17190776.