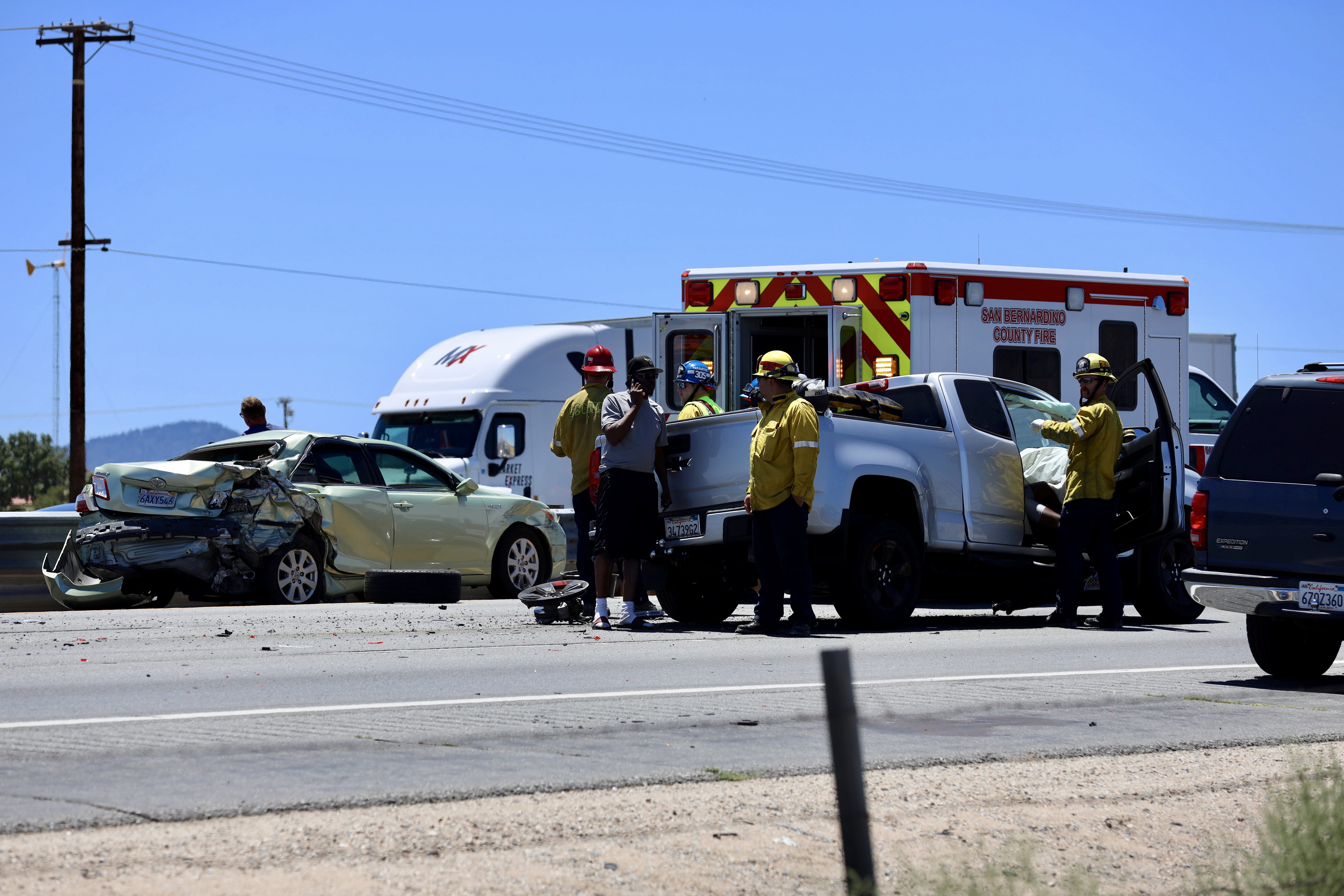 HESPERIA, Calif. (VVNG.com) — Traffic on the southbound 15 freeway is at a near standstill following a crash here Saturday.

The crash was reported at 12:06 p.m. on the southbound 15 freeway just south of Main Street.

Two lanes of traffic were closed as a result of the incident, per CHP logs.

The collision involved a green 2007 Toyota Camry and a gray 2018 Chevrolet Colorado.

Traffic was backed up for several miles on the southbound side and also slightly heavy on the northbound side as drivers slowed to view the wreck.