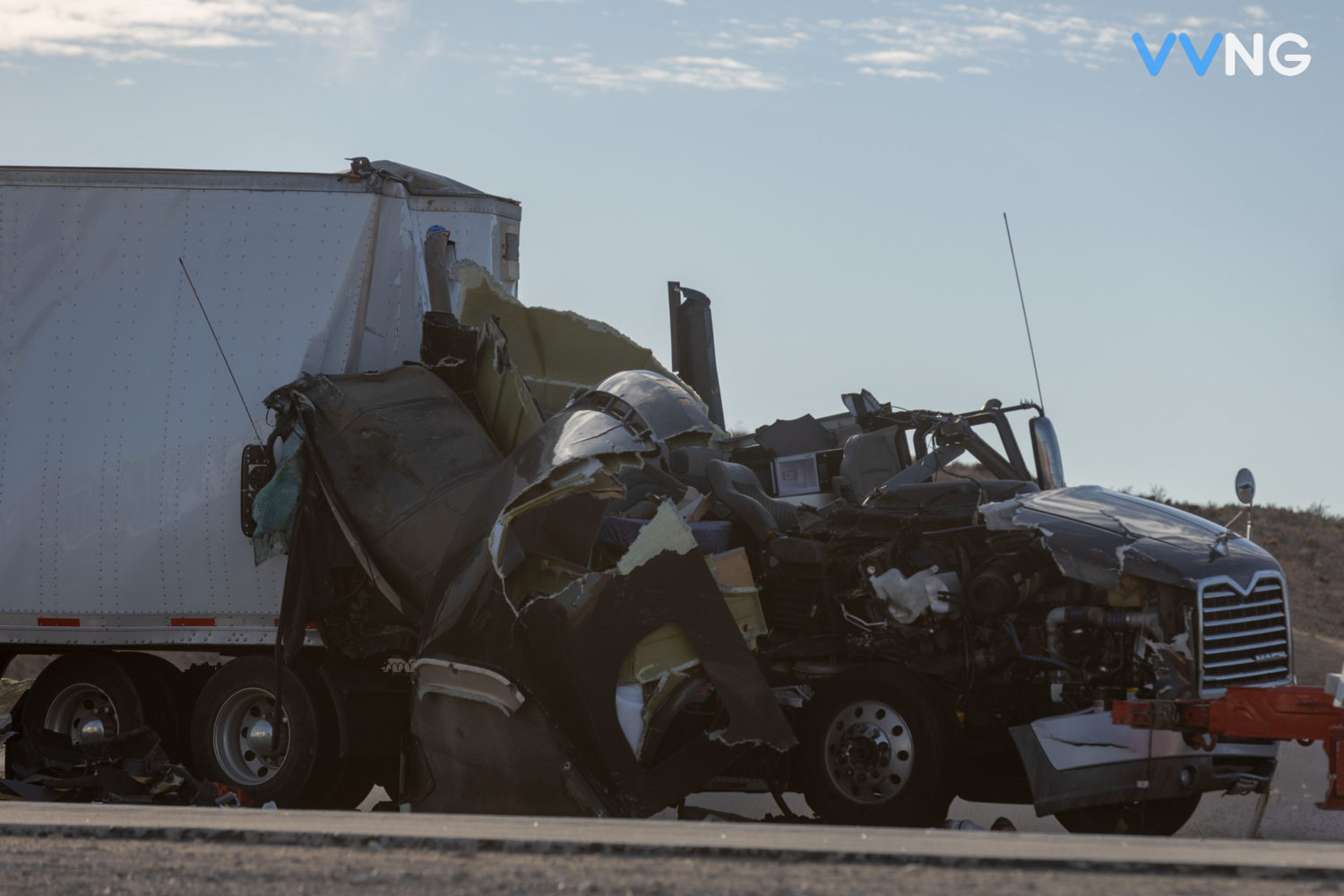 VICTORVILLE, Calif. (VVNG.com) — A crash involving a tractor-trailer jammed traffic on the northbound I-15 freeway for several hours on Friday evening.

The crash was reported at about 4:00 pm, on October 8, 2021, in between Stoddard Wells Road and Dale Evans Parkway.

According to the California Highway Patrol incident logs, a four-door sedan was also involved in the crash. The cab of the semi was destroyed in the crash. Neither of the involved drivers reported any injuries.

The crash caused significant traffic delays for motorists heading towards Las Vegas for the 4-day weekend in observance of the Columbus Day Holiday. Two heavy-duty two trucks assisted with clearing the wreck before CHP reopened all lanes of traffic.

The official cause of the accident is under investigation by the Victorville CHP station.

Related Topics:15 freewatCrashtraffic accident
Up Next

One person airlifted after Friday morning crash in Adelanto