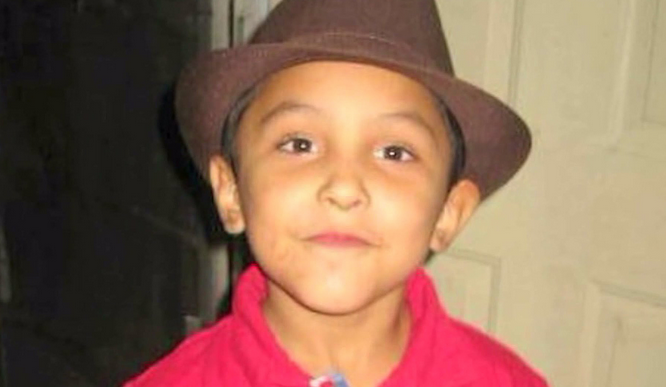 PALMDALE – (VVNG.com)- Over a year after the death of 8-year-old Gabriel Fernandez his father, grandparents and three siblings are left believing that if the Department

of Children and Family Services had stepped up, his young grandson may still be alive. Palmdale couple, 30-year-old Pearl Sinthia Fernandez and 34-year-old, Isauro Aguirre were indicted after the May 22nd, 2013 torture, which lead to the death of Fernandez’ son, Gabriel Fernandez.

On May 22, 2013 Los Angeles County Fire Department responded to a report of the 8-year-old not breathing. During the examination the hospital found many severe injuries indicating severe tortuous  child abuse, including a fractured skull, BB pellets in his lungs and groin, bruises, missing teeth, broken ribs and burns. Gabriel succumbed to his abuse related injuries in the hospital on May 24th, 2013.

The community as well as the family are outraged about the over 60 reports made against the couple that the child was left in their custody without protection. They feel that the investigations were faulty and were not investigated to the extent necessary. One male worker allegedly was aware of the continued abuse, but due to his interest in Fernandez failed to report it. Four social workers have been fired following the Fernandez case.

In court testimony revelations were made of the young child being beat with bats, shot with a BB gun, hit with the belt and pepper sprayed over

After a not guilty plea made by both Fernandez and Aguirre, a plea bargain was agreed upon on Wednesday, October 22nd sparing the couple the death penalty the two put in guilty pleas. They will both receive life in prison without the possibility of parole for first degree murder and torture with special circumstances both waiving their right to appeal.

Gabriel’s father, his maternal and paternal grandparents, and his three siblings all have filed wrongful death lawsuits against the county and DCFS.