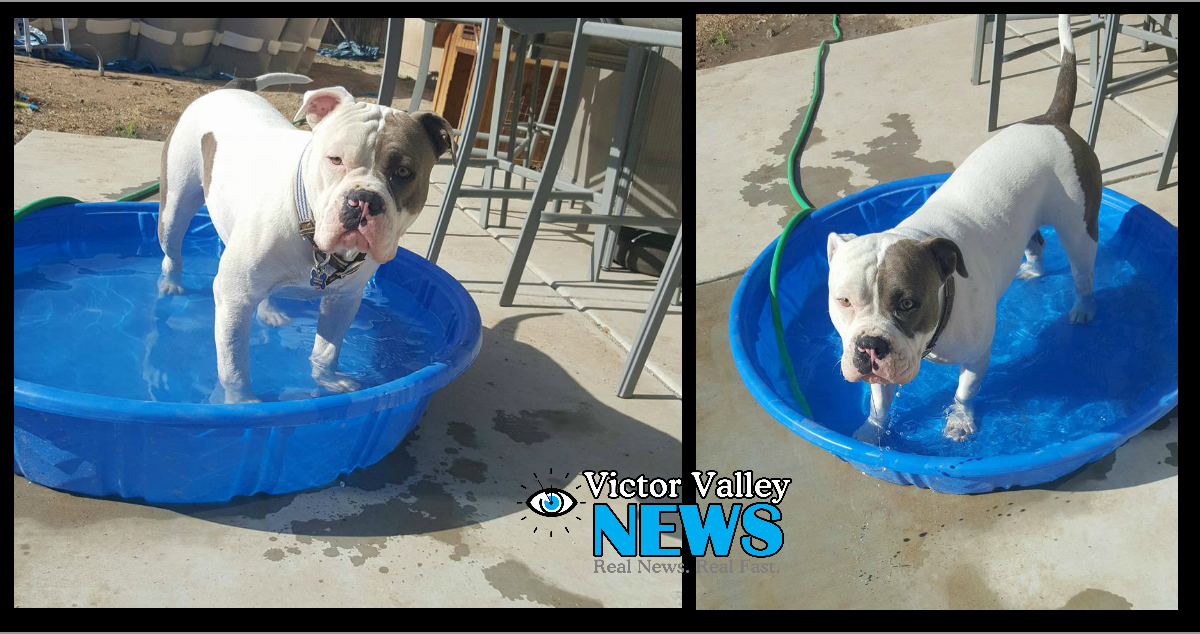 When the dog seemed to be nowhere to be found they ventured across the street to a nearby park to ask around if anyone had seen anything.

They came across another local couple who lives in the area, who claimed that the dog had followed them to the Food 4 Less on Bear Valley Road in Victorville. They said Blue then trailed off on his own when they walked inside.

After asking around at food 4 less the couple discovered that one of the security guards had tied the dog up in hopes that someone would come by looking for him.

He reported that a man kept walking by asking if he could have the dog, “He said he told him no repeatedly, and when he went inside he was gone,” says Vansickle who had many conversations with the security guard.

After weeks of begging and pleading for Food 4 Less to release the footage to try and view who had stolen the dog, Vansickle and Bloch had no luck.

According to the couple, Food 4 less refuses to comply unless law enforcement was involved but since the dog ran away from home first and then was taken from a public place, they can’t do anything.

Finally, A food 4 less employee provided the owners with a photo of the security footage showing the alleged male who stole the dog. The video shows a man walking by several times, and then arguing with a woman, as the woman walks away he proceeds to untie the dog and walk away with him.

Unfortunately, footage was too grainy to make out a profile. There is clearer imagining available from the front door cameras but the couple has been unable to achieve that footage. Many witnesses from that day came forward claiming that they saw the alleged male sell the dog to another man.

The couple is offering a $1500 cash reward for blue or anyone with credible information. They are asking for no problems and will take their dog back with no questions asked. The couple even wants to offer anyone who may have their dog with a free puppy from the same parents of Blue. He is a beloved family member and they will do anything it takes to have him back. If anyone may have any information regarding Blue or his whereabouts please contact Ashleigh Vansickle at (760)403-5715.