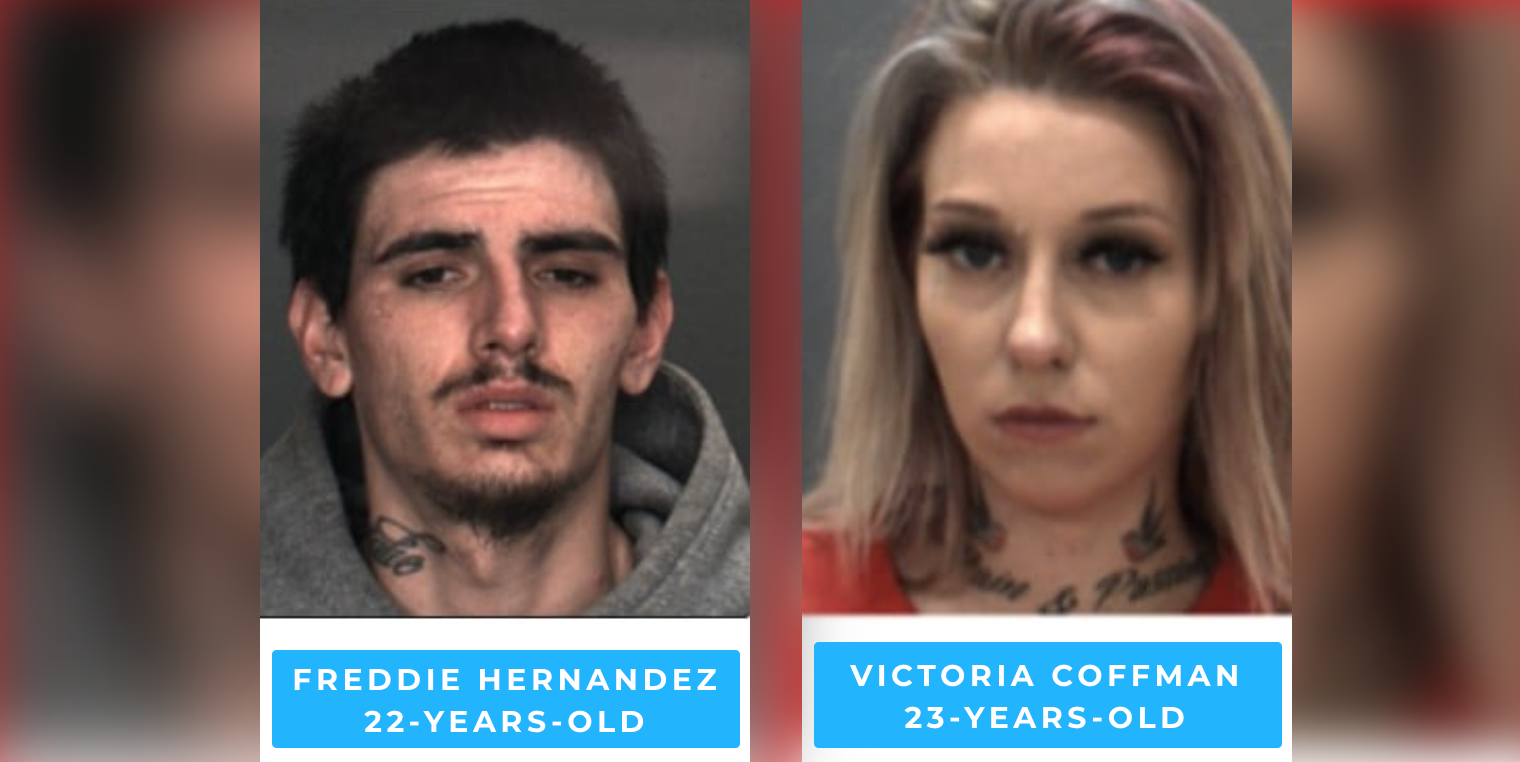 BARSTOW, Calif. (VVNG.com) — Barstow Police arrested a man and woman for theft and possession of a stolen vehicle.

On May 23, 2021, at approximately 7:14 P.M., the Barstow Police Department responded to the Reebok Store at the Outlets at Barstow regarding a theft that just occurred.

Store employees described the suspects as a White male adult and a White female adult associated with a gray Honda Civic with tinted windows. The suspects stole several clothing items from the store prior to leaving the area in the Honda.

Officers searched the area for the above suspects and vehicle but were unable to locate them. At approximately 9:48 P.M., the Barstow Police Department responded to the 300 block of Montara Road regarding a stolen vehicle.

Officers located a stolen gray Honda Civic parked at Jack’s Liquor, located in the 2000 block of East Main Street. A male later identified as 22-year-old Freddie Hernandez exited the passenger seat of the vehicle and entered the store.

The female identified as 23-year-old Victoria Coffman remained in the driver’s seat of the vehicle. Upon contacting the subjects, officers saw that they matched the description of the theft suspects from the Reebok Store.

At approximately 9:49 P.M., the Barstow Police Department received a call regarding a theft of lottery tickets from Circle K, located in the 500 block of Rimrock Road. The store employee was able to provide officers with a description of the suspects. After interviewing the employee, officers determined that Hernandez and Coffman were also involved in the theft of the lottery tickets.

Officers made contact with the clerk at Jack’s Liquor and discovered that some of the stolen lottery tickets were redeemed by Hernandez when he entered the store.

Anyone with additional information regarding this investigation may contact Officer Nathanial Arias or Officer Monty Franklin at the Barstow Police Department (760) 256-2211. Those wishing to remain anonymous may also report criminal activity by calling the WE-Tip hotline at 1-800-78-CRIME (27463) or may leave information on the We-Tip website at www.wetip.com.