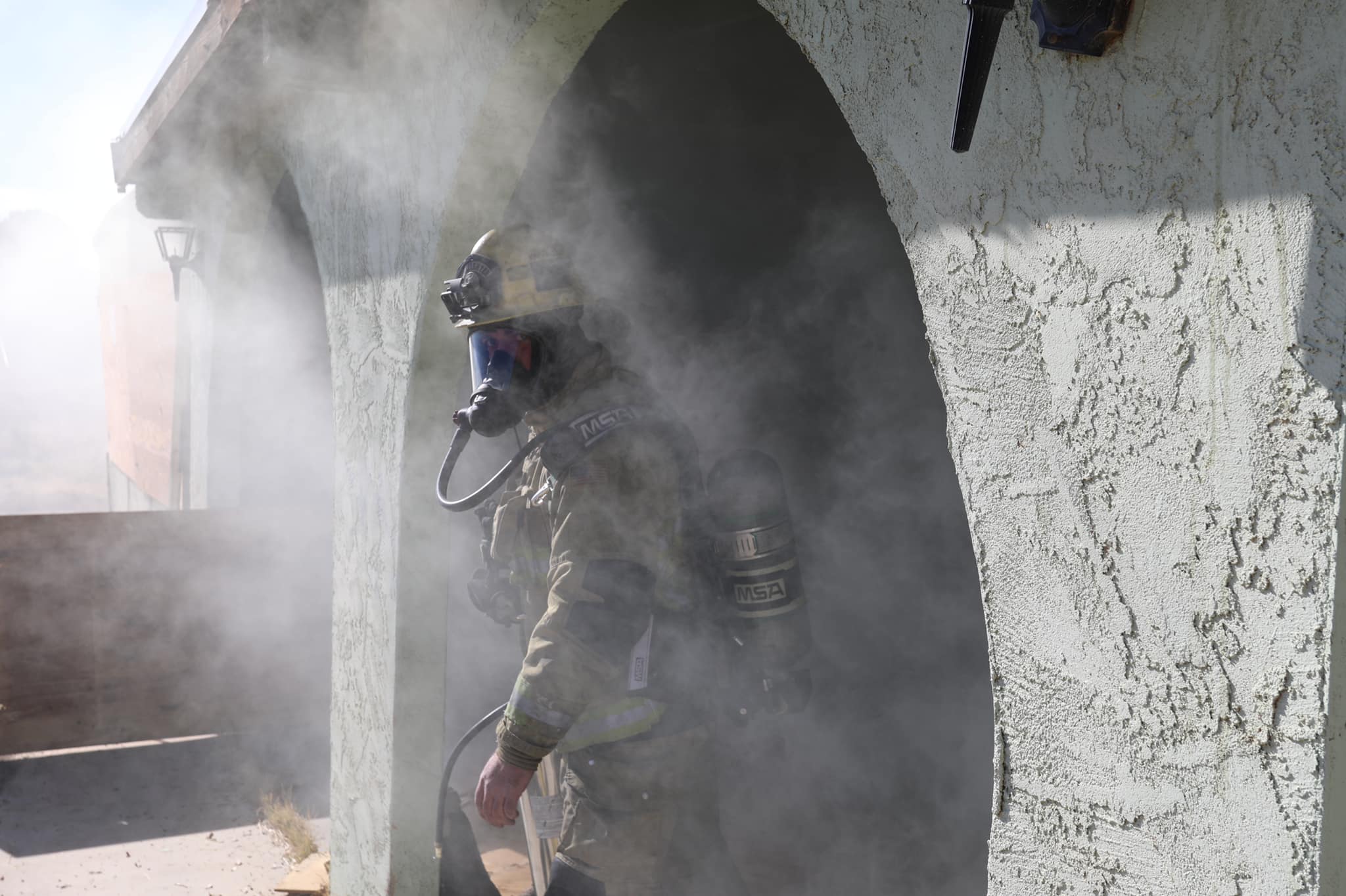 HESPERIA, Calif. (VVNG.com) — An abandoned home in Hesperia was damaged during a Monday morning fire.

At about 10:30 am San Bernardino County Fire responded to reports of smoke coming from a boarded-up single-story structure in the 10080 block of Choiceana Avenue.

“Firefighters quickly deployed lines and gained access to the interior to find a small contents fire that had yet to extend into the attic space of the building,” stated Public Information Officer Jeremy Kern. “Crew’s initial priorities were to clear the building of any potential occupant.”

Kern said the primary and secondary searches were all clear and knockdown of the fire was achieved in approximately 15 minutes.

No injuries to civilians or firefighters were reported.

Two engines, one truck company, one chief officer, one medic ambulance, and one medic squad totaling 14 personnel from County Fire were assigned to the incident. Apple Valley Fire District assisted with one engine.