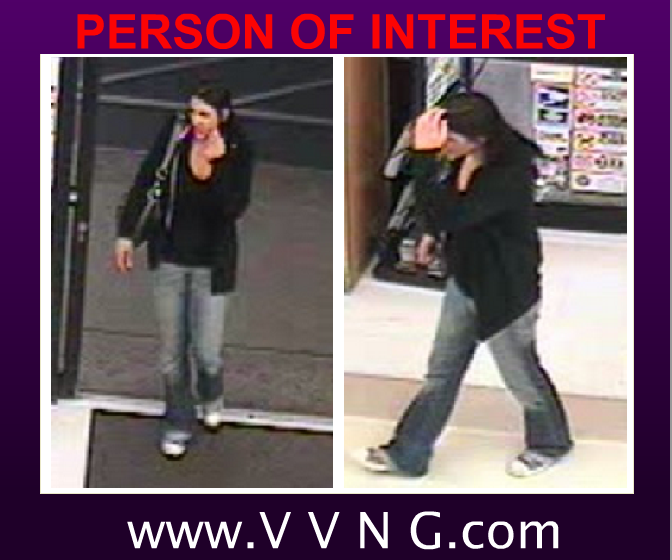 LAKE ELSINORE: On February 27, 2014, officers from the Lake Elsinore Police Department responded to the area of Lakeshore Drive and Riverside Drive, regarding a fraud that had just occurred at the location.

During the course of the investigation, the officers learned that unknown suspect(s) had made several purchases of Girl Scout cookies with counterfeit currency. Officers checked the area for the suspects whom had already fled the area.

Investigators assigned to the Lake Elsinore Police Department continued the investigation and discovered a person of interest in this case was captured on close circuit surveillance cameras. Investigators are reaching out to the public for assistance with the identification of the person.

Anyone with information concerning this crime is encouraged to contact Investigator Carranza at the Lake Elsinore Station at (951) 245-3300.

[box type=”info” align=”aligncenter” ]The Riverside County Sheriff’s Department would like to remind the public to be cautious when making transactions with currency or checks and attempt to verify the authenticity of all bills.[/box]