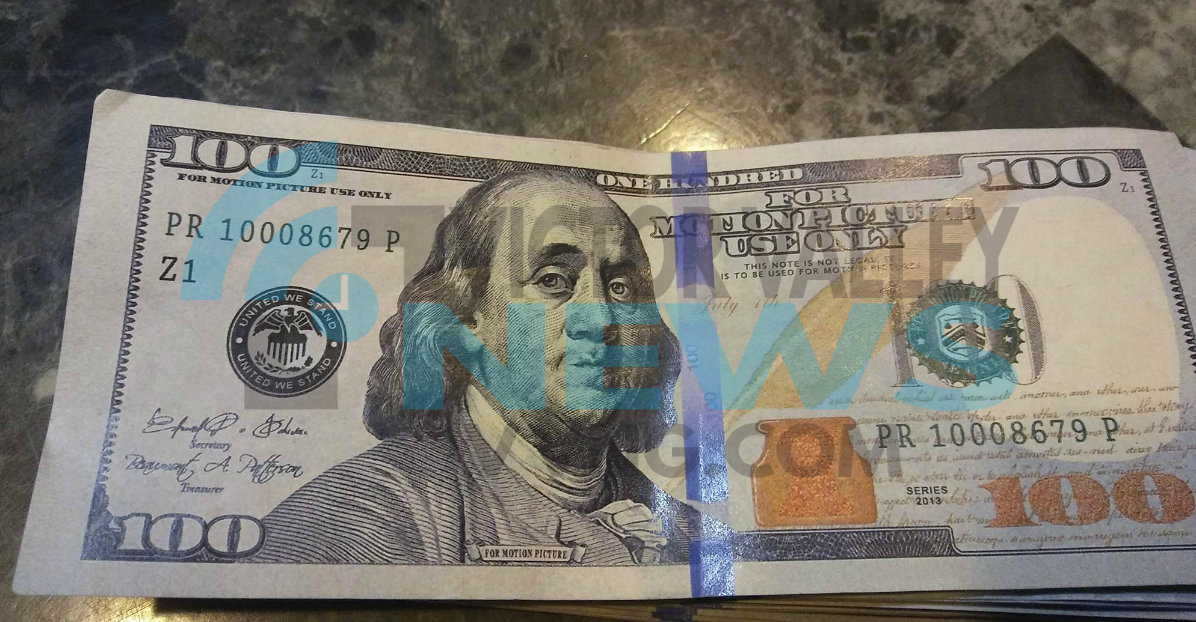 UPDATE 1/2/17 @ 2:00 PM – Thank’s to tips from the public the vehicle was recovered by authorities Tuesday afternoon. However, the suspects still remain at large.

ADELANTO, Calif. (VVNG.com)- A pre-arranged meeting to purchase a vehicle turned ugly after the potential buyer decided to use counterfeit money and attempted to run over the registered owner.

Victor Cruz, a resident of Adelanto, had recently posted his 2003 Cadillac CTS for sale on OfferUP, a popular APP used to buy and sell items.

Victor and the potential buyer met outside a residence in the 11000 block of Maywood Street in Adelanto on Sunday afternoon.

The potential buyer, going by the alias “James Ortiz” via the APP OfferUP brought along a friend to the meeting.

“When they showed up, they didn’t have a car. I asked how they got here, and they told me they had been dropped off,” stated Victor.

“Once I started the car, the guy got in to see it. He gave me $2,500 in fake bills! That’s when I said it’s fake money,” stated Victor. “He (the suspect) went in reverse and then accelerated towards me and took off. I can’t believe he tried running me over.”

Victor has filed a police report, and hope’s to bring awareness to the community by sharing his experience. To the public, he would like to say, “Please be safe and don’t trust nobody!” And to the crooks, he says, “Do the right thing and bring the car back.”