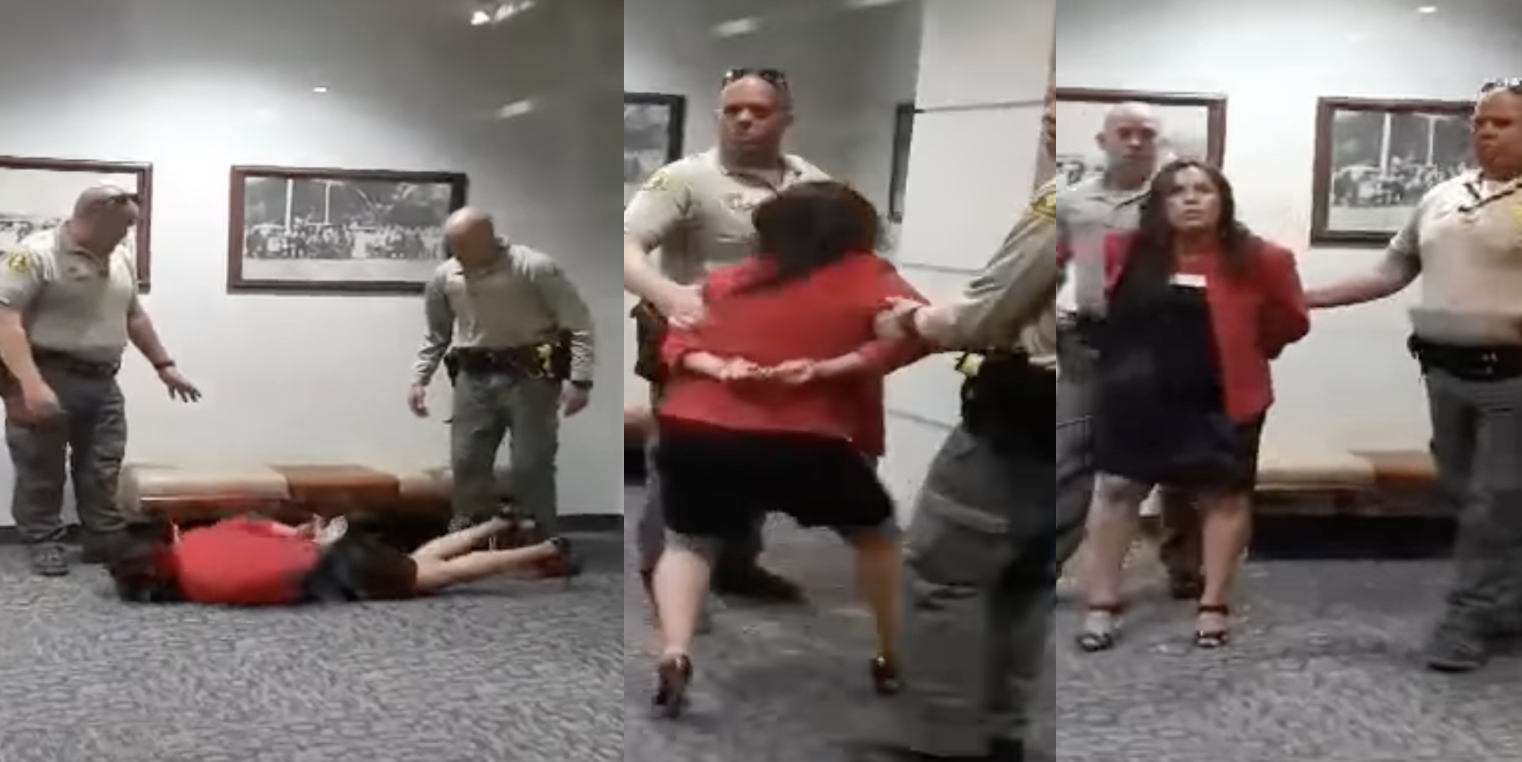 An official statement released by the City of Victorville said “during agenda item number 17, Rodriguez caused a disruption inside Council Chambers that prevented the Council from conducting its business meeting.  As a result, Mayor Jones was forced to ask Sheriff’s Deputies to remove Rodriguez from City Hall so that the City Council could resume the meeting and conduct its business.”

The Victorville City council meeting was broadcasting live on YouTube and captured the moment that Gomez and Mayor Debra Jones exchanged words about a pending motion.

Regarding the motion, Jones said, the chair moved that staff be directed to reevaluate the Language Access Issue on an annual basis and report back to the council when there is a definitive legal requirement or demonstrated need by the community for expanded language access services.

“Be directed do you mean by the council,?” asked Gomez. Jones responded by saying, “the direction occurs now, yes, that’s part of the motion.”

Wearing a full face mask and a hat, Robert Rodriguez is seen seated at the bottom right-hand corner of the video next to a man identified as being the mayor’s husband, Mr. Jones.

In the video, Rodriguez could be seen holding a phone and pointing it towards Mr. Jones who is seen giving him a gesture not to record him. The exchange between the men continues as Mr. Jones puts his hand in front of the phone and at times pushing away Rodriguez’s hand.

From her chair, the Mayor tells her husband and the gentleman that there will be no communication.

Victorville City Attorney Andre de Bortnowsky responds by saying, “right now that looks like they are disturbing the meeting and you can ask them to leave if they are going to disrupt the conduct.”

“Ok, the gentleman in the mask will cease at this moment or I am going to ask you to leave” stated Jones.

The council members’ microphones were muted as Jones asks a deputy to look at the gentlemen’s phone to see if he had been recording and asked to have him removed.

Jones announces a five-minute recess and the meeting would reconvene at 9:50 pm.

Councilwoman Gomez could be heard shouting and walking around the chambers before the feed was interrupted with the following message “Taking a short break, we will be back in a few minutes.”

Basil Kimbrew posted a cellphone video of the altercation to his Facebook page. In the video, Gomez is seen handcuffed and lying facedown before she’s picked up by deputies and escorted away.

Rodriguez is being held at the High Desert Detention Center for violating the terms of his post release community supervision following a previous incarceration. Gomez was charged and released.