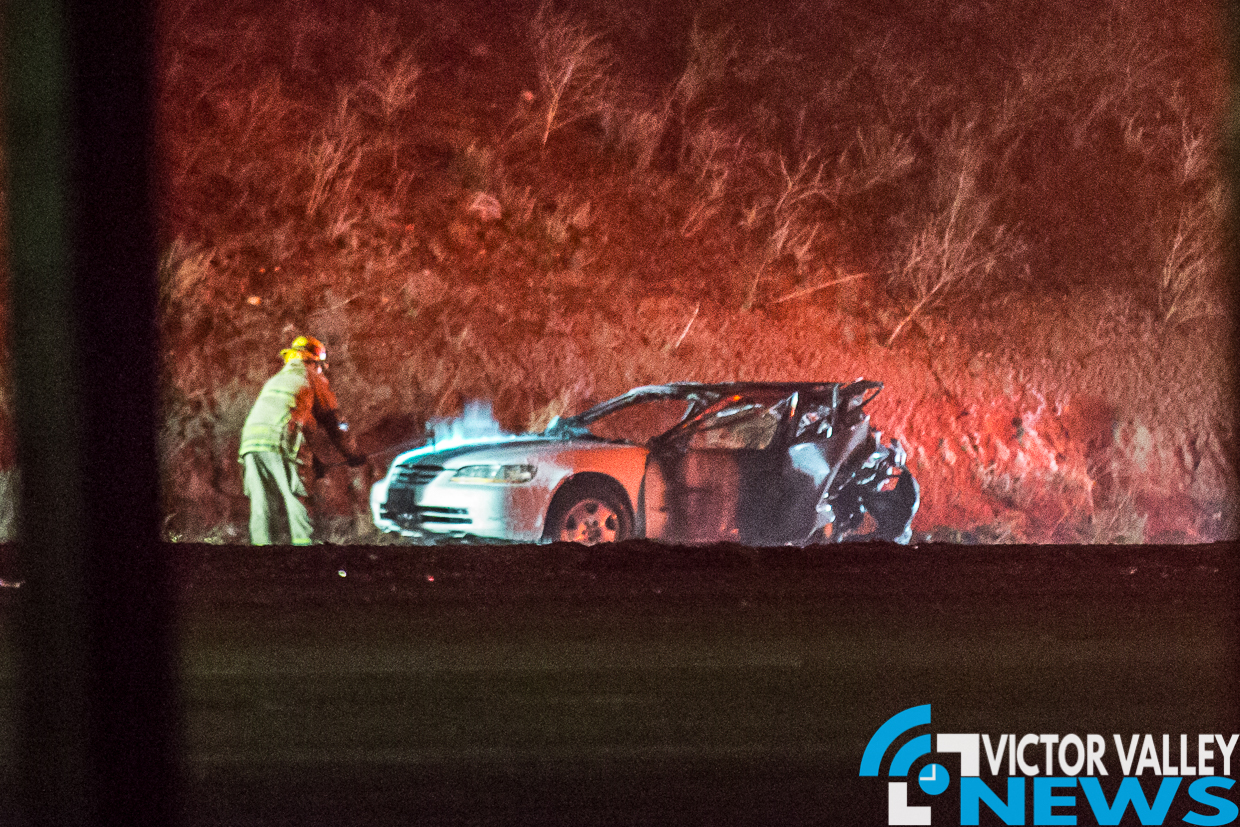 HESPERIA, Calif. (VVNG.com)- A 38-year-old Rancho Cucamonga man died as a result of a fiery crash on the 15 freeway.

“A 2001 Honda Accord was traveling southbound when the vehicle stalled in the number two lane. A Subaru rear-ended the Honda rupturing the Honda’s gas tank, igniting a fire,” according to the San Bernardino County Coroners logs.

The driver of the Honda, Don Nguyen was pulled out of the vehicle and transported to Desert Valley Hospital where he was pronounced dead from his injuries at 11:22 PM.

A dark colored sedan was involved in a two-vehicle traffic collision that shut down the southbound 15 freeway. (Gabriel D. Espinoza, Victor Valley News)