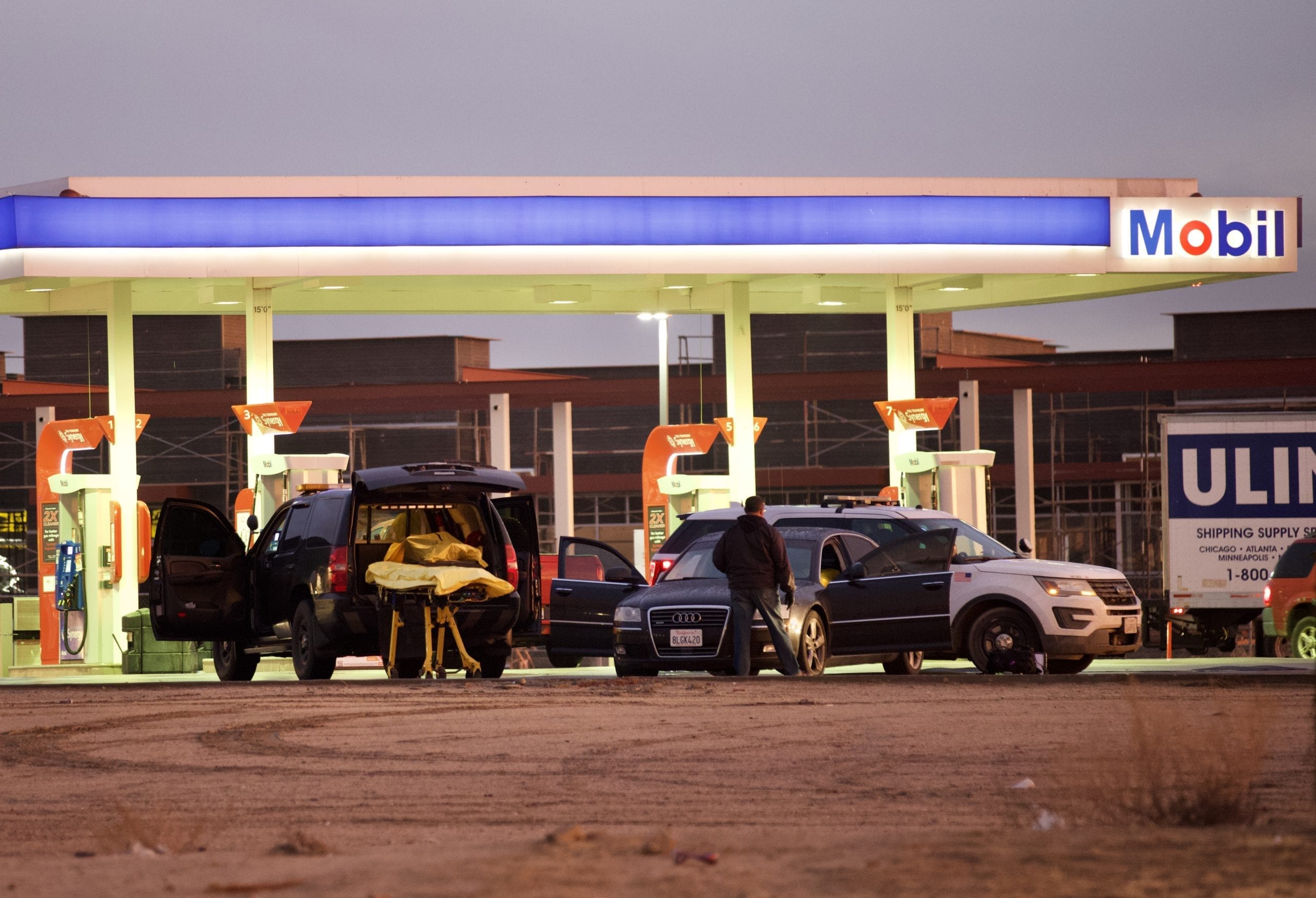 The body was discovered at 2:49 p.m. on the 11700 block of Air Express Way near Highway 395 at the Circle K Mobile gas station inside a dark-colored car with dark tinted windows.

Deputies with the Victor Valley Sheriff’s Station responded and conducted an investigation.

According to scanner traffic, medical aid was requested to respond to an overdose at the gas station.

Sheriff’s spokeswoman Cindy Bachman told VVNG homicide detectives were not requested since there didn’t appear to be anything suspicious. “There is no indication that this is a crime scene,” stated Bahman.

A Coroner official arrived on scene just before 5:00 pm to remove the body from the vehicle.

The identity of the deceased male will be released by the coroner’s office.