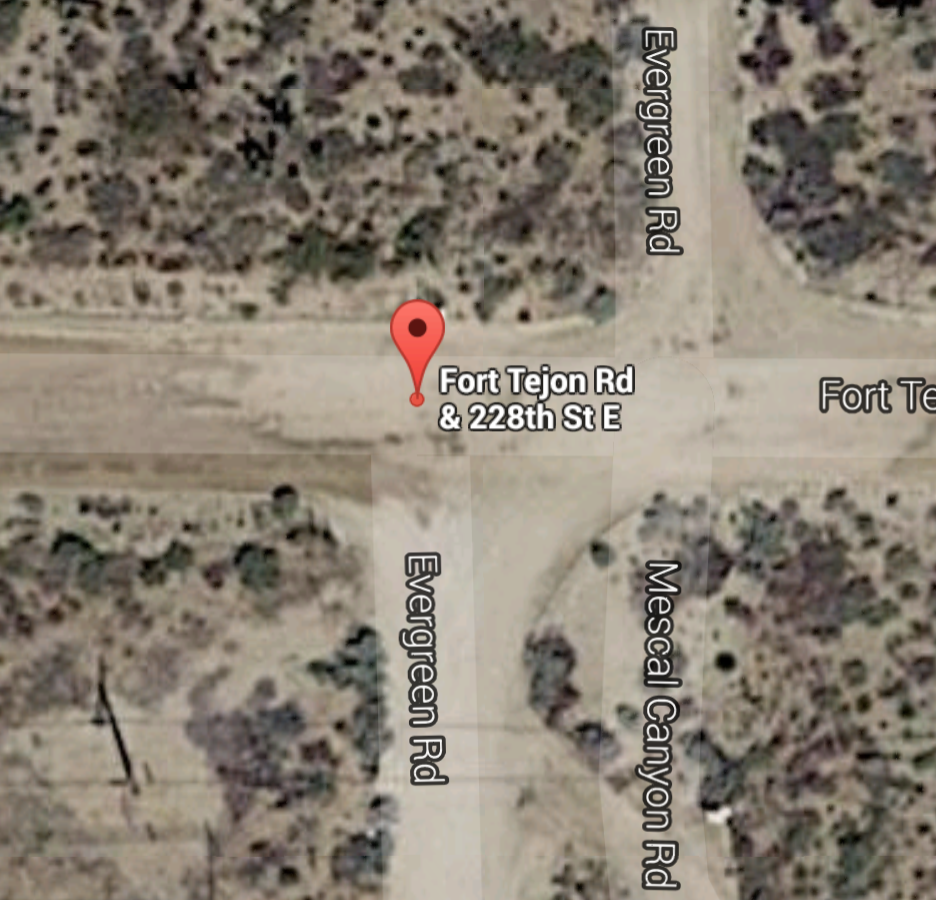 LLANO-(VVNG.com):  The Los Angeles County Homicide Detectives and the Los Angeles County Coroner responded to a report of a shallow grave with what appeared to be single bone on Thursday, December 10th at about 5:30 p.m. They returned on Friday morning to investigate what authorities are calling a discovery of a “partially buried bone”.

Trevor Thompson told Victor Valley News that he was out riding in Llano on Thursday evening, close to 228th Street and Fort Tejon Road when he saw what appeared to be a shallow grave with human remains. “There was a couch, that was covering the grave. You could see where the animals had started to dig up whom ever was there,” said Thompson.  The Los Angeles County Sheriff Department officials said that Coroner’s personnel returned to recover any bones from the location to determine if they were in fact human bones.

Although the Sheriff’s department will not yet release their findings, Thompson said that the Detective on the case asked him to return to the area to be interviewed about what he observed. Thompson told Victor Valley News that they did uncover a body, and although it was not identified, the detective showed him a photo of a large belt buckle. He described the belt buckle similar to one that a “rodeo cowboy” would wear.

At this time no further information is available for release. Anyone with information about this incident is encouraged to contact the Los Angeles County Sheriff’s Department’s Homicide Bureau at (323) 890-5500.  If you prefer to provide information anonymously, you may call “Crime Stoppers” by dialing (800) 222-TIPS (8477), or texting the letters TIPLA plus your tip to CRIMES (274637), or by using the websitehttps://lacrimestoppers.org.