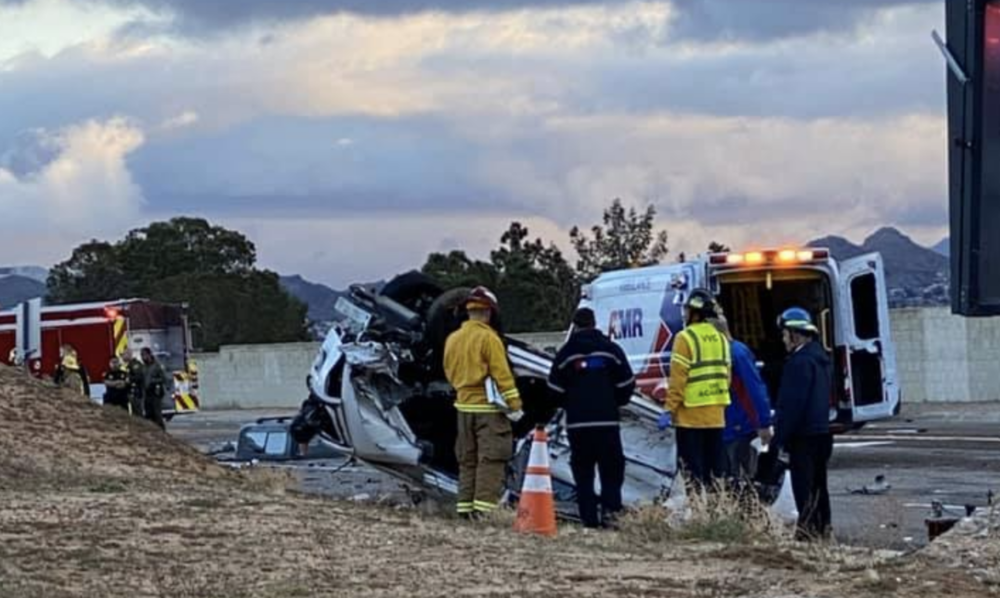 The 26-year-old female driver of the Dodge was traveling northbound on Ridgecrest Road at speeds of about 55 MPH, according to a CHP report.

The Dodge collided with the front end of the Han’s Toyota, causing both vehicles to continue traveling towards a third vehicle.

“Both vehicles traveled in a north-westerly direction directly into the path of a 2010 Scion XB being driven by a 43-yer-old male driver from Apple Valley, California,” the CHP confirmed.

The second impact caused the Scion to overturn and come to rest on its roof on the southbound #2 lane of Ridgecrest Rd., south of Vista Point Drive.

Han was declared deceased at the scene by emergency personnel, and the other two drivers were treated at the scene for minor only injuries and were not transported to a hospital.

CHP officials said Han was not seatbelted at the time of the crash and alcohol or drugs are not suspected to have been a factor.

This incident is still under investigation by Officer B. Diaz of the California Highway Patrol, Victorville Area office.

Anyone with information regarding this incident is urged to call the Victorville CHP office at (760) 241-1186.