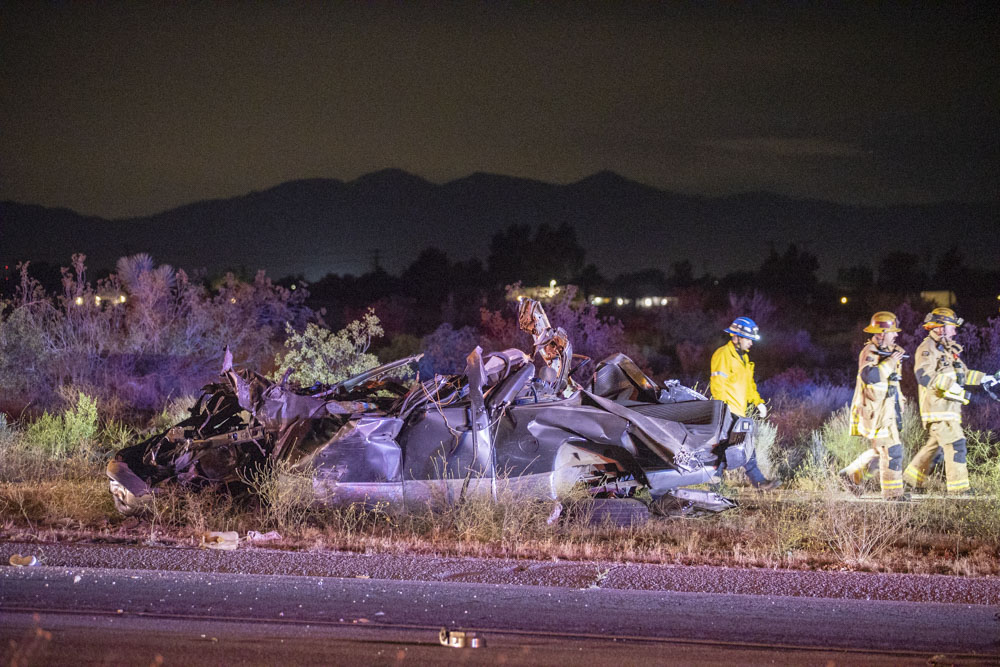 Officials said the names of the two 16-year-old victims will be released once their identity has been confirmed.

What we know is the crash happened at about 11:10 pm on Hesperia Road, south of Lemon Street, and involved a dark gray 2004 Dodge Ram and a blue Mitsubishi Lancer.

“Preliminary witness statements and evidence located at the scene, indicate the Dodge truck was travelling northbound on Hesperia Road. For reasons still under investigation, the truck crossed over into the southbound lane and collided head-on with the Mitsubishi sedan,” stated the sheriff’s news release.

The driver of the Mitsubishi sustained major injuries and was airlifted to a local hospital for treatment. The driver is in critical condition but expected to survive.

The northbound and southbound lanes of Hesperia Road were closed from Lemon Street to Hercules Street until approximately 8:36 p.m. on June 2, 2020 while investigators processed the scene and collected evidence.

At this time, alcohol and/or drugs do not appear to be a factor in the collision. The collision remains under investigation and any witnesses are asked to contact Deputy J. Bray from the Hesperia Station at 760-947-1500.

The original article was updated on 6/4 to reflect information from a Hesperia Sheriff’s Station news release.

BREAKING: Preliminary 5.5 magnitude earthquake; did you feel it?