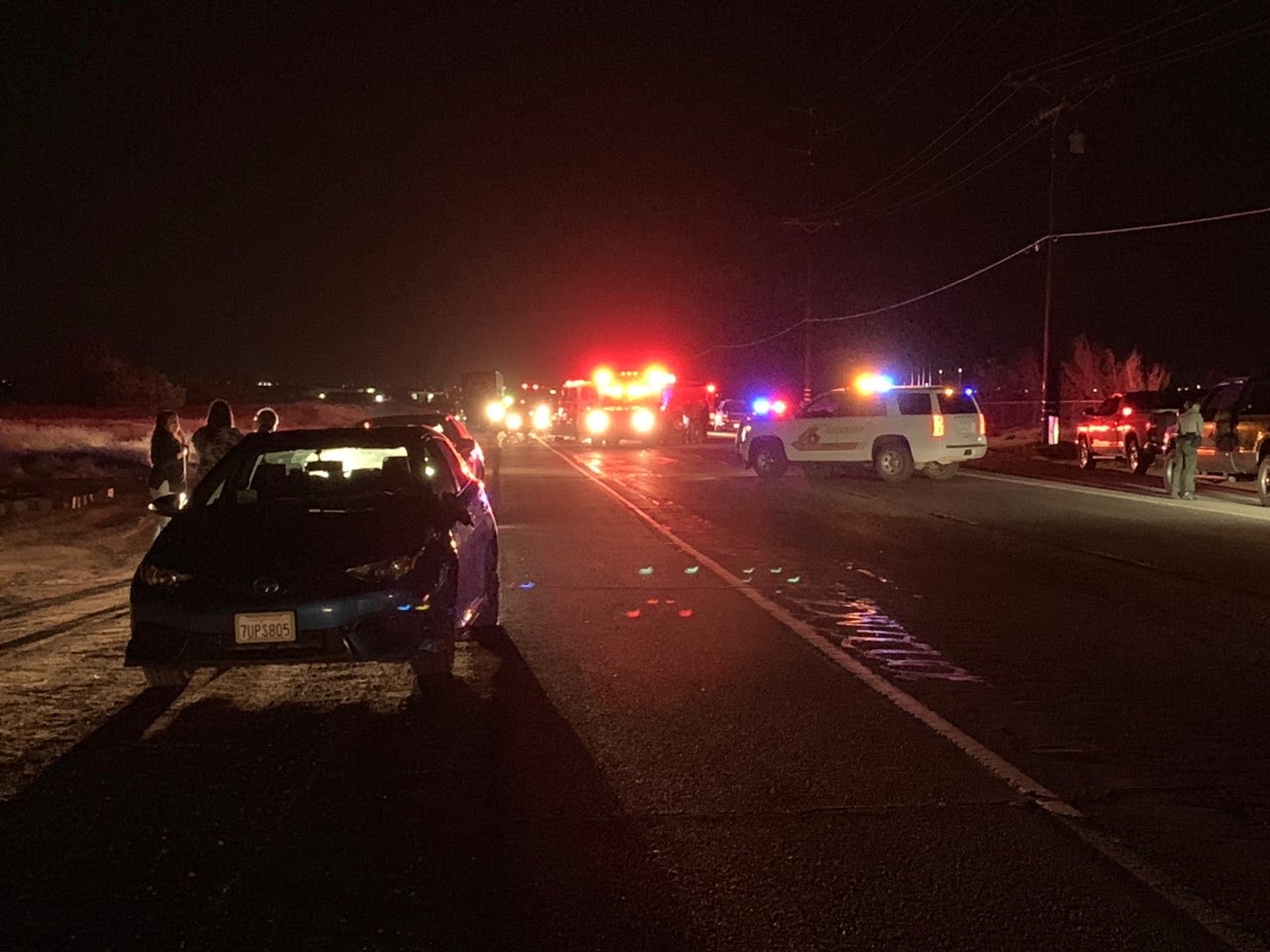 It happened on May 2, 2019, in the area of Phelan Road and Beaver Avenue in the unincorporated area of Hesperia.

First responders arrived on scene and located Bertha in the roadway with CPR already in progress. She was pronounced deceased at 9:10 pm, by San Bernardino County Fire department personnel.

According to Taylor, Bertha had just gotten off at the bus stop and was using a flashlight and cane as she tried to walk across the street.

“She was crossing the street to get to her house which was directly across from the bus stop,” said Taylor. “Bertha lived with Cerebral Palsy which made it difficult for her to run or scurry across the road.”

Bertha’s flashlight and cane were found on Phelan Rd along with her other belongings.

The female driver of the involved vehicle, a blue 2016 Toyota Scion iM, remained at the scene and cooperated with authorities.

In a comment, Taylor said the victim’s father, Joseph McCoy, understands this was a tragic accident.

“While his heart is full of grief at this time, he holds no animosity nor malice. His thoughts and prayers are with the other family’s who were also affected by this tragedy. He feels there is no forgiveness needed because there was no ill intent or maliciousness. Joseph’s wish and desire is that God may assuage their hearts and free them of any guilt they may be feeling. If anyone involved would like to get in contact with Joseph, you can email him at josephemccoy@yahoo.com

He would also like to express his appreciation to all the emergency services personal that worked so diligently to save her life. Their professionalism and kindness were of great comfort to him.”

The cause of the crash is under investigation by the Victorville CHP Office.