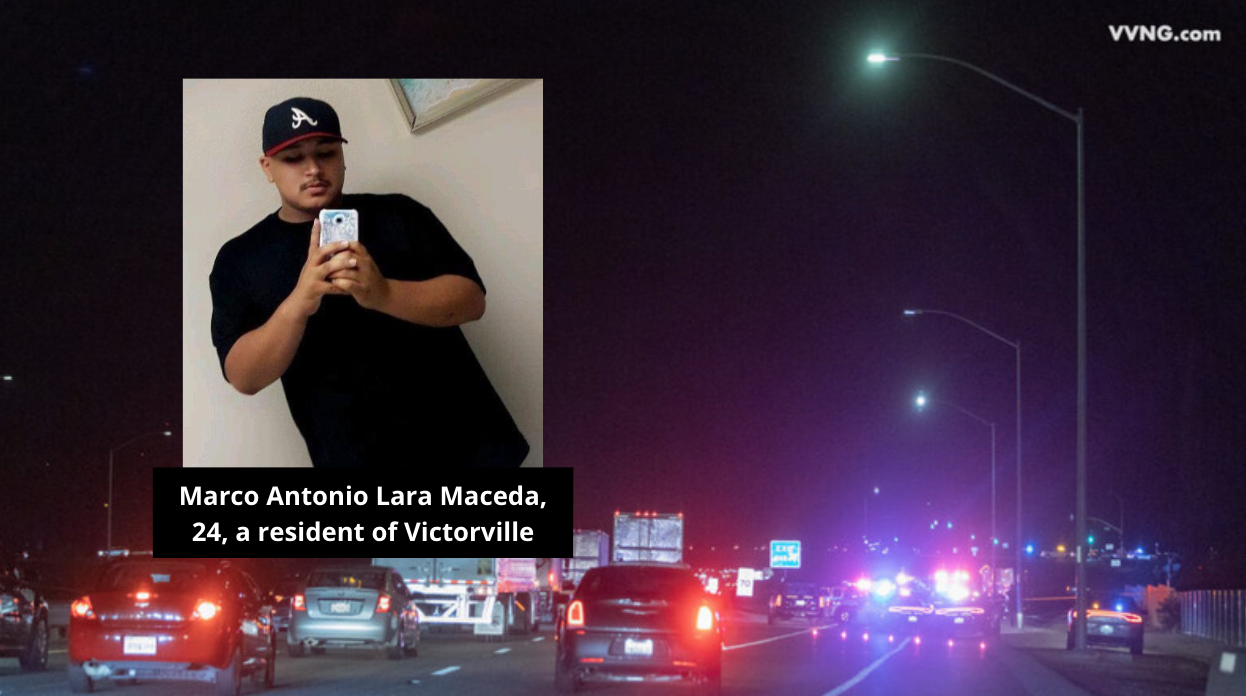 On Thursday, February 24, 2022, at about 7:46 pm, California Highway Patrol officers responded to a homicide on the northbound I-15, at the Nisqualli Road offramp in Victorville.

According to CHP, the incident involved a black GMC SUV and an unidentified sedan. Both drivers exited the freeway and stopped on the right shoulder of the offramp.

The suspect got back into his vehicle and fled the scene on the Nisqualli Road offramp and continued in an unknown direction, officials said.

This is an ongoing and active investigation. Anyone with information or who may have witnessed this incident is encouraged to contact Officer Kavert at the California Highway Patrol’s Inland Division at 909-806-2484.