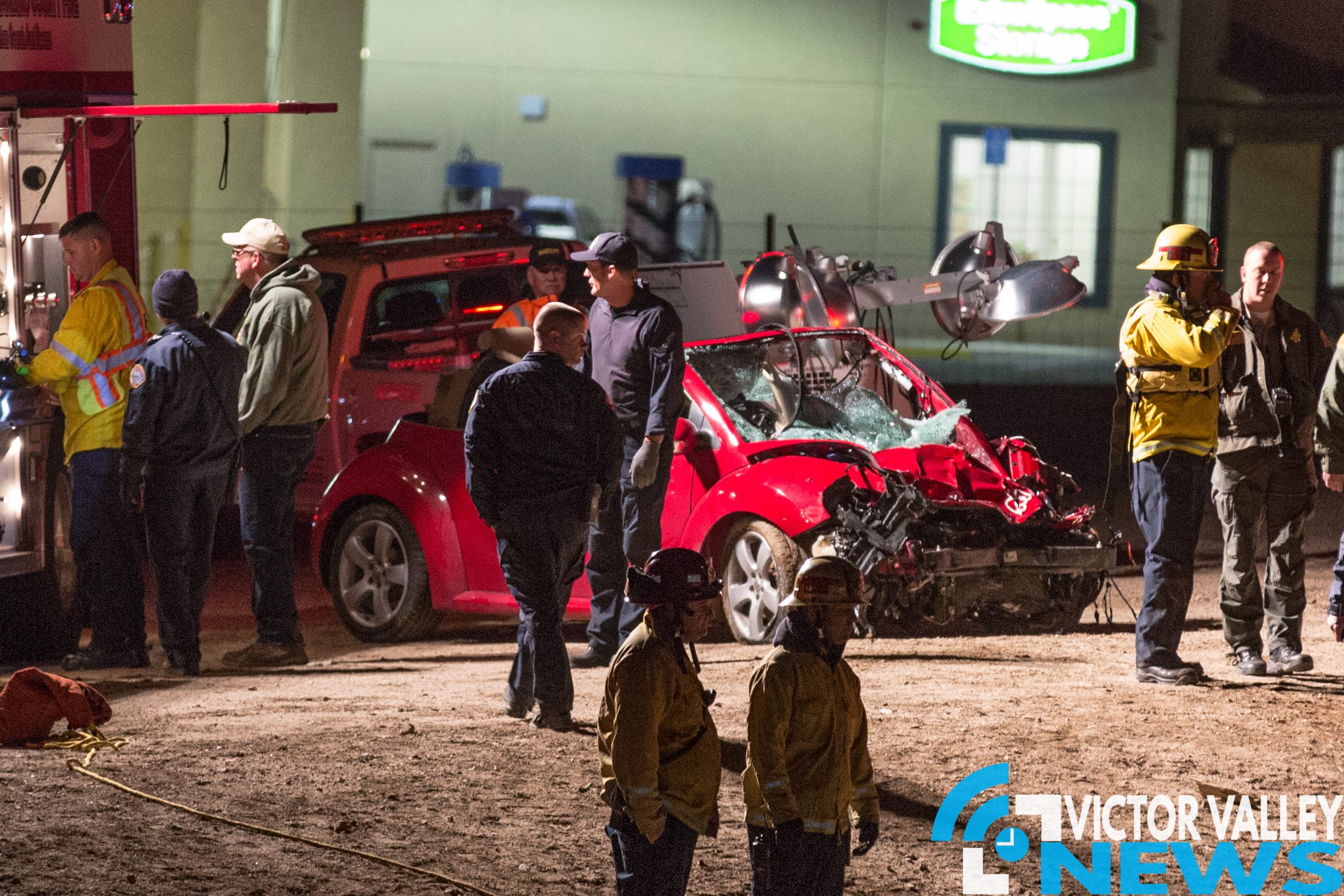 HESPERIA, Calif. (VVNG.com)– A mother and her child have died, and another child remains missing after a car carrying four occupants crashed into the California Aqueduct Thursday night.

Christina Eileen Estrada, 31, and her son Jeremiah Robert Abbott, 3, residents of Hesperia died as a result of the incident that occurred at around 6:43 p.m. on Main Street east of Escondido Avenue.

Jeremiah Paul Abbott (right) was pulled from the vehicle and later pronounced dead at a local hospital. Authorities are continuing to search the aqueduct for his 2-year-old brother Noah Abbott’s (left).
(Gofundme)

Estrada was pronounced deceased at the scene, and her son Abbott later died at Desert Valley Hospital. Both were pulled from the fully submerged vehicle in the aqueduct.

A 10-year-old child was pulled by good Samaritans from the frigid waters moments after the car crash. According to the men who assisted in the rescue, the child unbuckled himself from the vehicle while the car was underwater. The boy was rushed to Loma Linda Medical Center where he is expected to survive.

A Sheriff’s dive team has resumed the search Friday morning for a third child who remains unaccounted for. Per scanner reports, authorities are searching for an approximate 2-year-old infant possibly still in a car seat.

The San Bernardino County Sheriff’s Department is investing the incident.