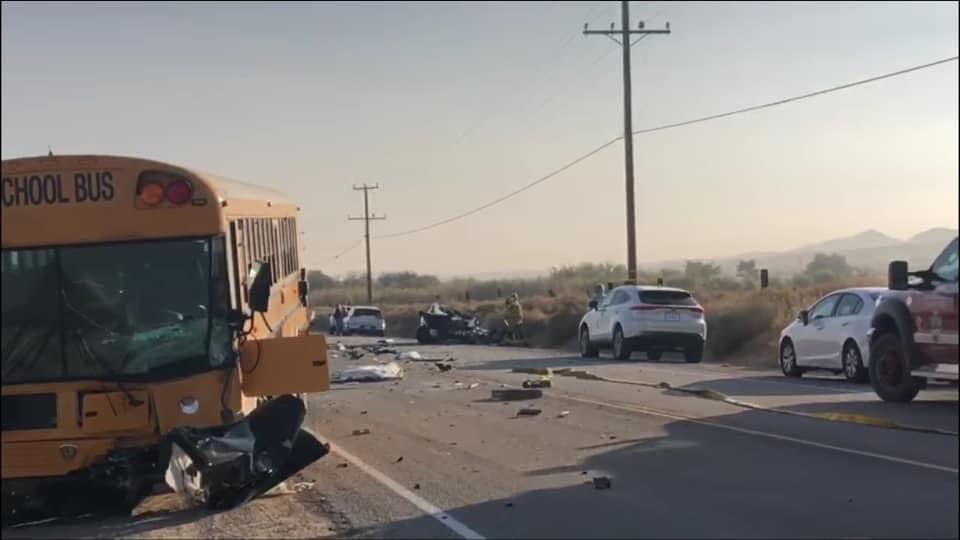 BARSTOW, Calif. (VVNG.com) — A driver killed in a traffic collision with an occupied school bus Thursday morning was identified as a 35-year-old resident of Helendale.

It happened on October 22nd at about 8:00 am on National Trails Highway and Hodge Road in Barstow.

For reasons still unknown, a Riverside Prep School Bus and a 2020 Nissan Sentra were involved in a head-on traffic collision. Officials confirmed none of the 12 students on-board or the bus driver were injured.

Paramedics arrived on scene and pronounced the driver of the Nissan, Matthew Derek Loper, deceased at the scene.

The crash prompted a hard-road closure on Route 66 for several hours as officers from the California Highway Patrol investigated. Anyone with information is asked to call dispatch at 760-241-1186.