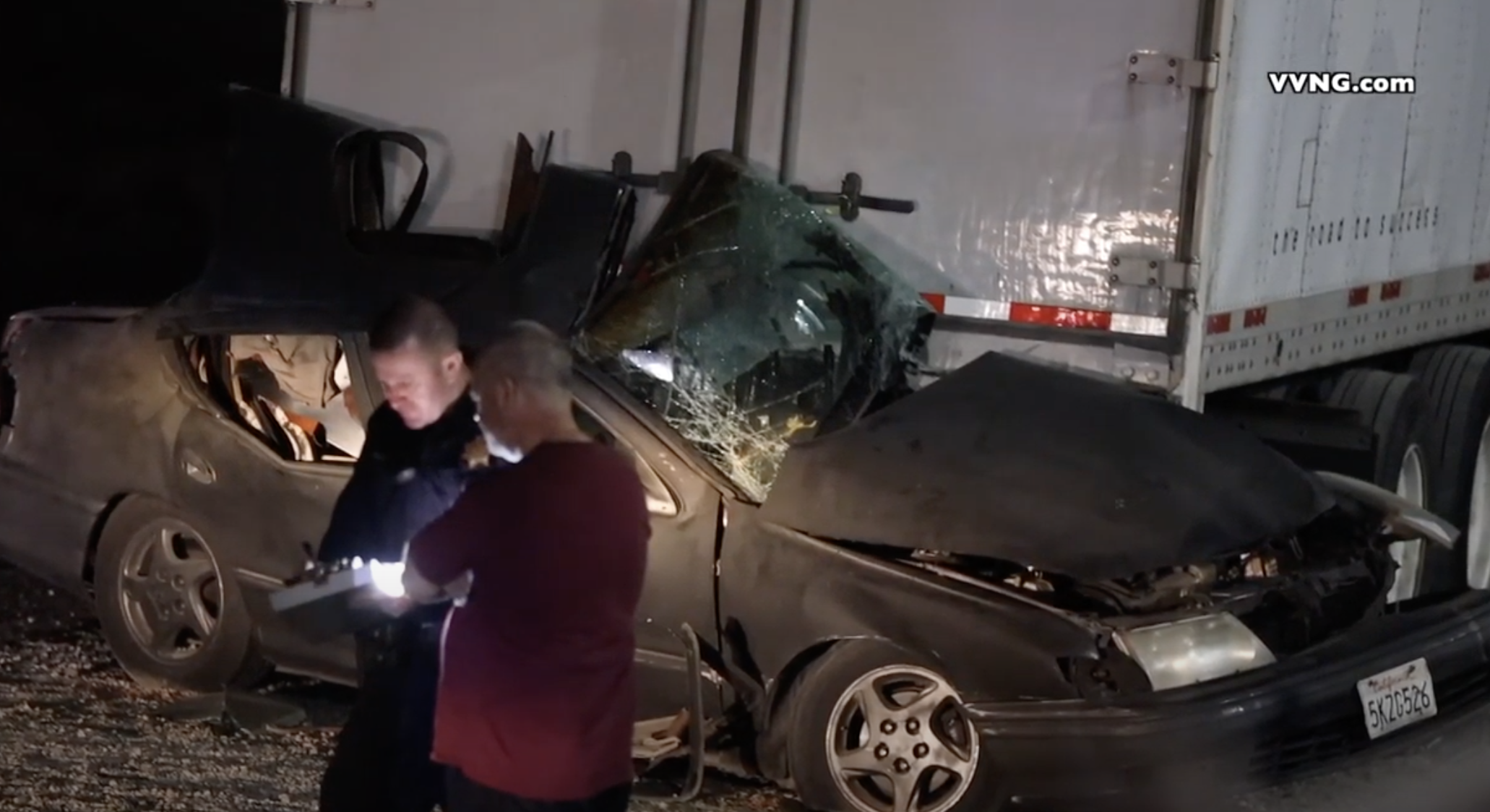 VICTORVILLE, Calif. (VVNG.com) — The San Bernardino County Coroner’s office identified the driver killed after crashing into a parked semi on the I-15 freeway in Victorville as Kentarri Currie, a resident of Fontana.

The semi was parked along the shoulder of the off-ramp when for reasons still unknown, the Toyota slammed into the rear of the trailer.

Firefighters from San Bernardino County Fire responded and Curry trapped in the vehicle and subsequently pronounced the 24-year-old deceased at the scene.

The driver of the truck was not injured and cooperated with officers from the California Highway Patrol Victorville Station. CHP is investigating the incident and anyone with information is asked to call Victorville CHP at 760-241-1186.

Related article: Driver killed after slamming into parked semi on I-15 off-ramp in Victorville