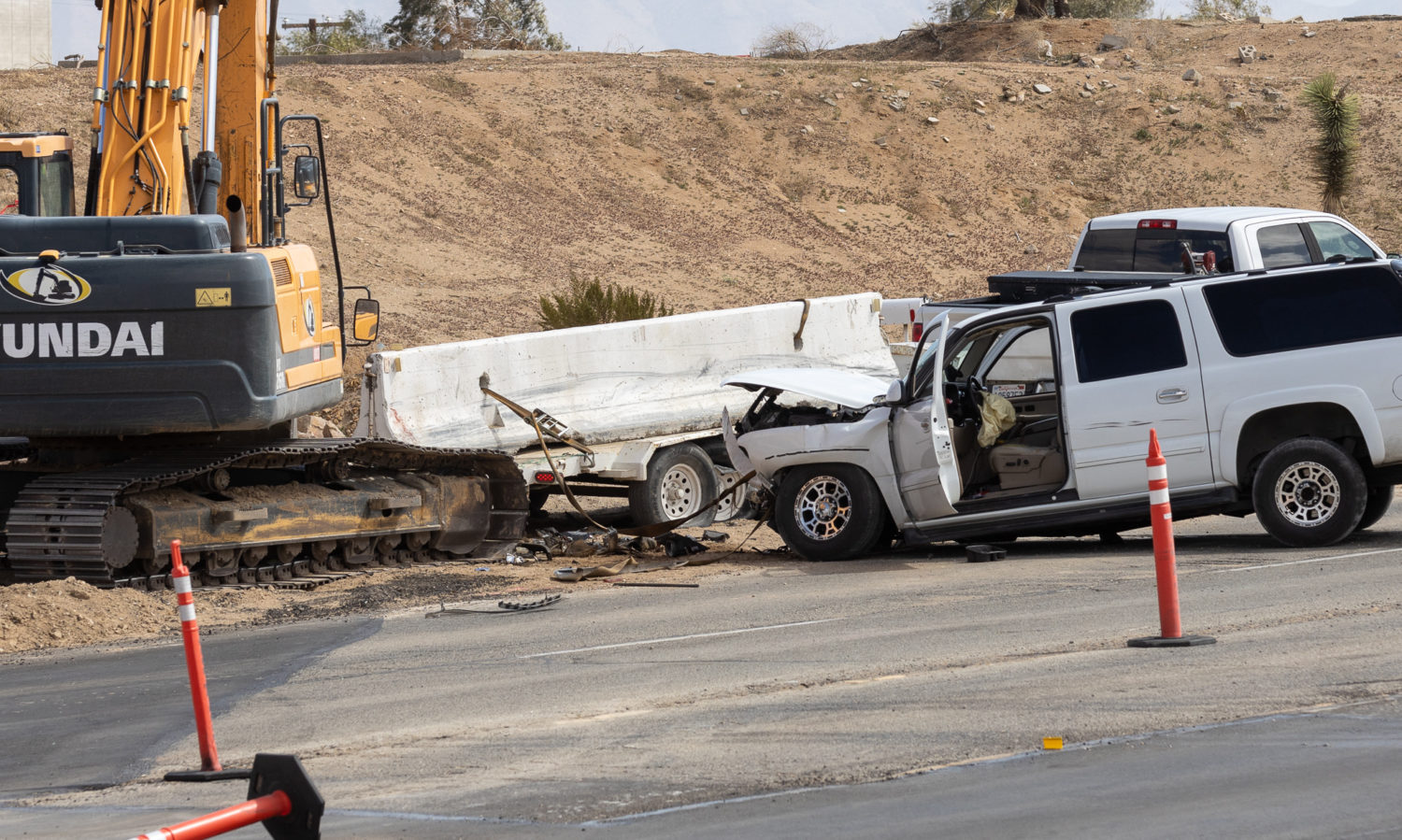 VICTORVILLE, Calif. (VVNG.com) — A construction worker killed in Victorville after he and three others were struck by an SUV was identified as 45-year-old Isaac Paul Lopez, a resident of Corona.

The deadly accident happened at about 12:00 PM., on March 25, 2021, in a construction zone along Hesperia Road, just south of Green Tree Blvd.

For reasons still under investigation, a white Chevy Suburban traveling northbound drifted off the roadway and struck four pedestrians, who were working at the location near an excavator. When deputies arrived they found the victims suffering from multiple injuries.

Issac Paul Lopez was pronounced deceased at the scene and a second male victim was airlifted to Antelope Valley Medical Center with life-threatening injuries. The other two victims were transported via ground ambulances to local area hospitals.

An update on the condition of the surviving victims was not available at the time of this article. Authorities said the driver of the SUV cooperated with investigators at the scene and the incident is under investigation.

Anyone with information or anyone who may have witnessed the collision is asked to contact Deputy T. Wetzel or Deputy S. Lenihan at the Victorville Police Station at 760-241-2911.