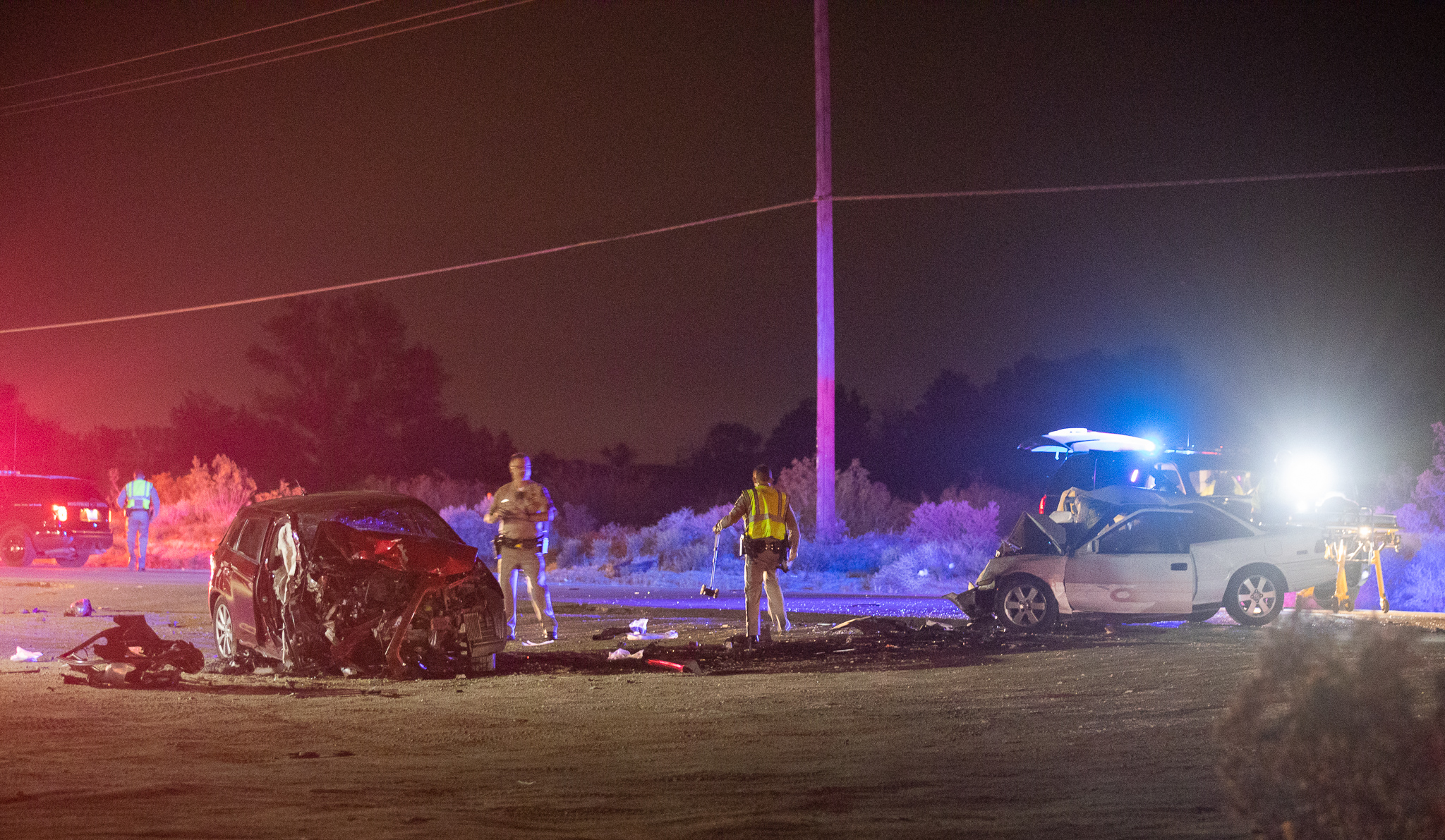 UPDATE 6/7 – A CHP Officer told another local news outlet that initially the crash reported to have occurred when the Toyota crossed over into oncoming traffic, but later confirmed surveillance proved that the Mitsubishi had crossed over. He told the paper that drugs and or alcohol was not suspected. Victor Valley News reached out to a CHP spokesperson Friday morning for additional information. Please check back for updates.

ADELANTO, Calif. (VVNG.com) — The San Bernardino County Coroner’s Office identified the men killed in a crash on El Mirage Road as Manuel Ortiz, 47, and Domingo Ramos-Ortiz, 42, both residents of Lancaster.

According to a California Highway Patrol news release, a 29-year-old female and her three passengers were in the Mitsubishi eastbound on El Mirage Road, east of Palmer Road ad 65 mph, between two vehicles.

The Toyota was traveling in the opposite direction at 50 mph, approaching the three vehicles.

The collision occurred when the driver of the Toyota, Manuel Ortiz, accelerated and crossed a broken yellow line, directly into the path of the SUV causing a head-on collision, CHP officials said.

Both men inside the Toyota sedan were pronounced dead at the scene by paramedics.

The four occupants in the SUV suffered moderate to major injuries. Two helicopters landed at the crash site and airlifted two of those patients to trauma centers.

The Victorville CHP office is continuing to investigate the accident and anyone with information is asked to call (760)241-1186.