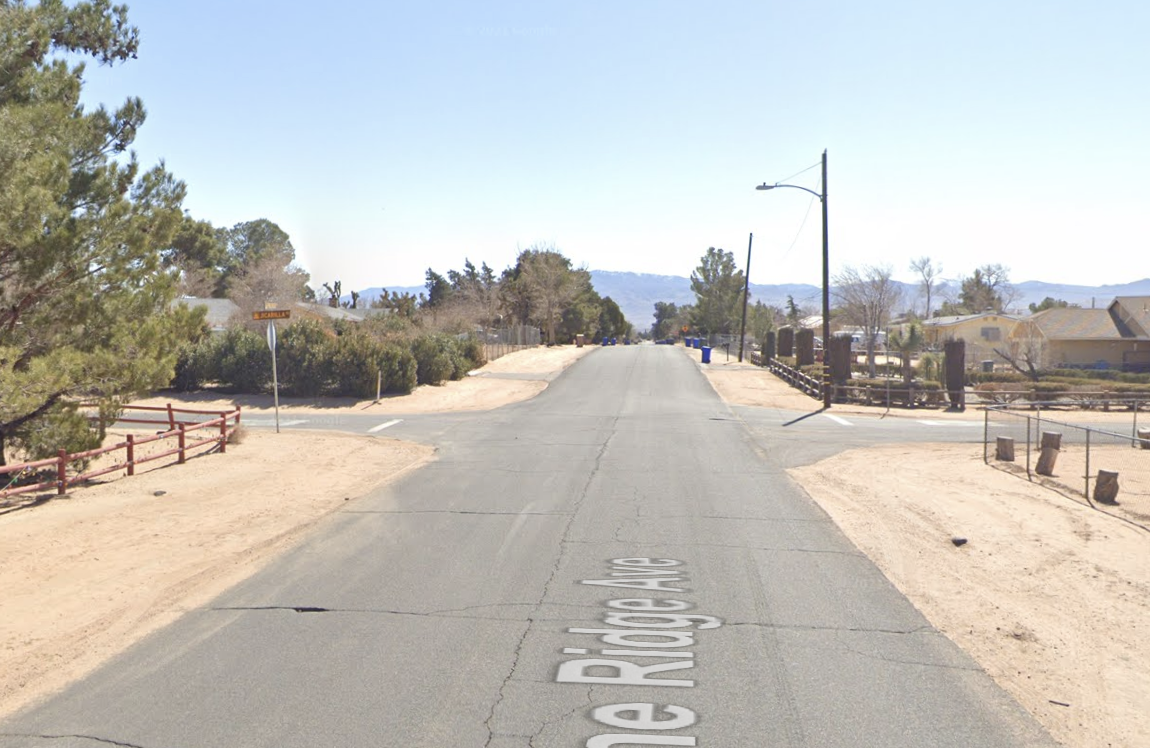 “Upon arrival, deputies determined a white Ford van was traveling north on Jicarilla Road and the bicyclist was traveling east on Pine Ridge Avenue. The driver of the Ford stopped at the stop sign and proceeded to drive through the intersection, colliding with the bicyclist,” stated a sheriff’s news release.

The driver of the Ford was uninjured and remained at the scene. Investigators are continuing the investigation into the cause of the collision.

The intersection of Pine Ridge Avenue and Jicarilla Road was closed for approximately one hour while investigators processed the scene for evidence and interviewed witnesses.

Anyone with information or anyone who may have witnessed the collision is asked to contact Deputy R. Grissom or Deputy J. Malocco at the Apple Valley Sheriff’s Station at (760) 240-7400 of Sheriff’s Dispatch at (760) 956-5001. Callers wishing to remain anonymous are urged to call the We-Tip Hotline at 1-800-78CRIME (27463) or you may leave the information on the We-Tip website at www.wetip.com.