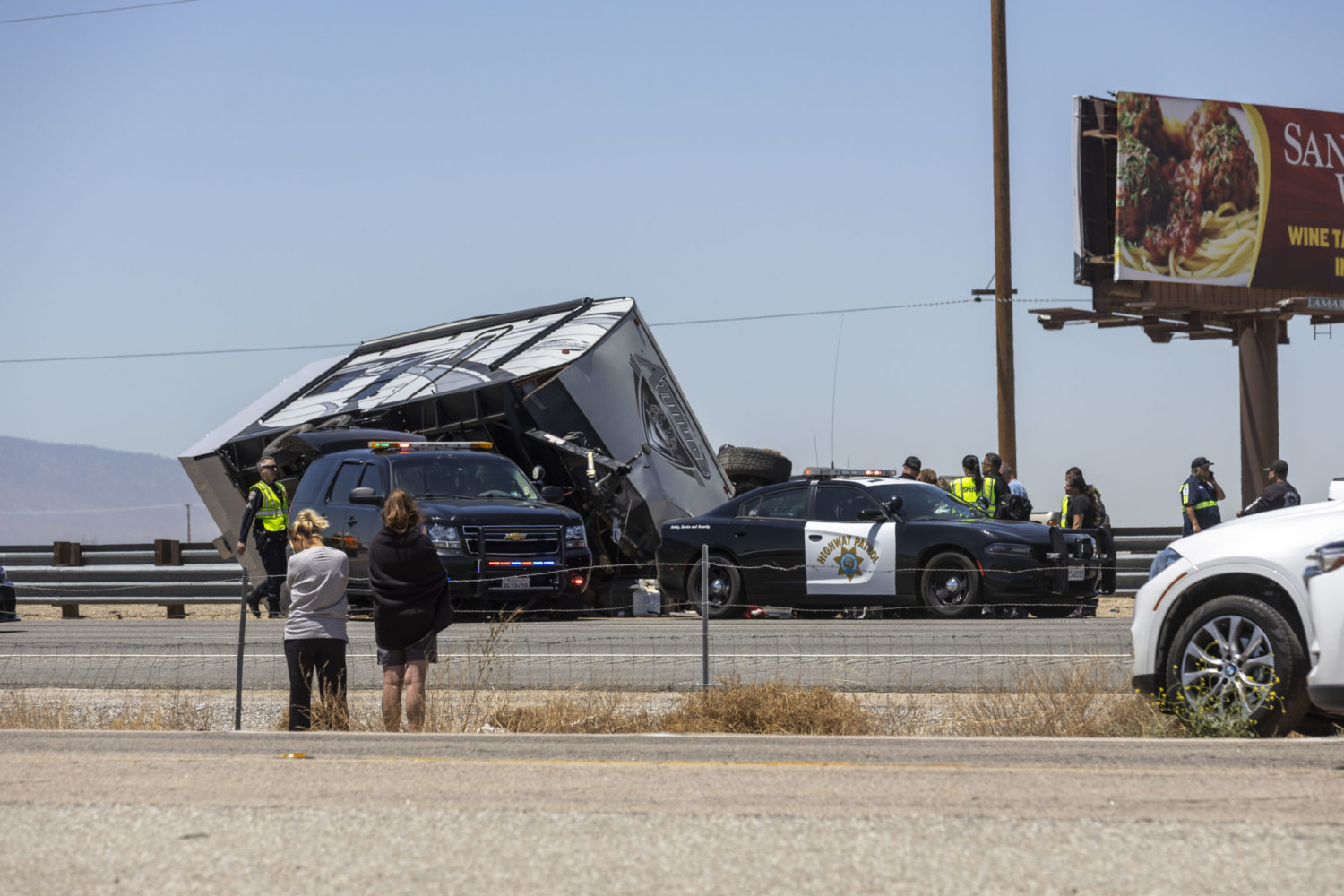 The crash happened at about 9:49 am, on the northbound 15 freeway approximately one mile north of Main Street.

For unknown reasons, a black Chevy Avalanche pulling a travel trailer lost control and overturned into the center divider causing the child to be ejected. Several Good Samaritans stopped to help and lift the vehicle from the child who was pinned underneath.

San Bernardino County Fire responded and despite life-saving measures, the young boy was pronounced deceased at the scene.

Initial reports that the deceased person was an adult female were later determined to be incorrect. CHP incident logs reported a woman was trapped in the vehicle, however, it’s unknown if anyone else was injured in the crash.

The California Highway Patrol Victorville station is investigating the crash. Anyone with information is asked to call 760-241-1186.