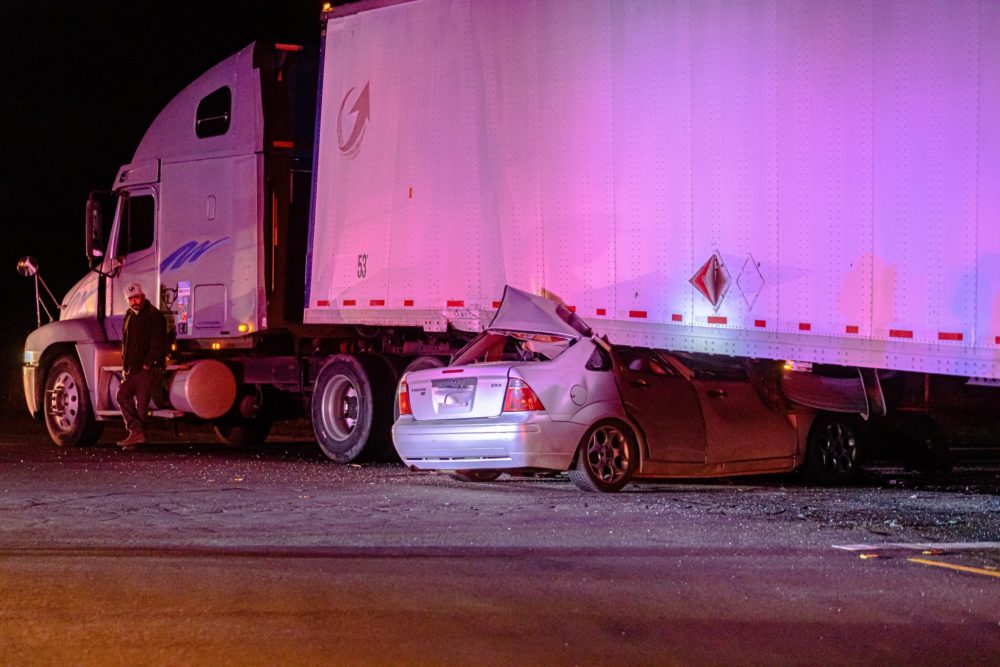 APPLE VALLEY, Calif. (VVNG.com) — The driver of the vehicle who died in Sunday’s crash in Apple Valley has been identified as Lisa Aston, 41, a resident of Barstow.

On March 1st, at about 8:12 p.m., deputies from the Apple Valley Police Station and emergency personnel from the Apple Valley Fire Protection District responded to the area of Dale Evans Parkway and Johnson Road, following the report of a traffic collision between a vehicle and a semi-truck and trailer.

The driver of the semi-truck and trailer was traveling westbound on Johnson Road crossing the intersection of Dale Evans Parkway.

Sherrif’s officials said the driver of the Ford Focus failed to stop at the stop sign at Johnson Road, causing the vehicle to collide into the trailer the semi-truck was pulling.

Lisa Aston was pronounced deceased at the scene.

The collision is currently under investigation by the Apple Valley Police Department, and deputies are seeking additional witnesses.

Anyone with information is encouraged to contact Deputy Jasen Malocco at 760-240-7400. Callers wishing to remain anonymous may contact WeTip at (800)78-CRIME or www.wetip.com.

Related Article: Driver killed after car gets wedged under semi-truck in Apple Valley