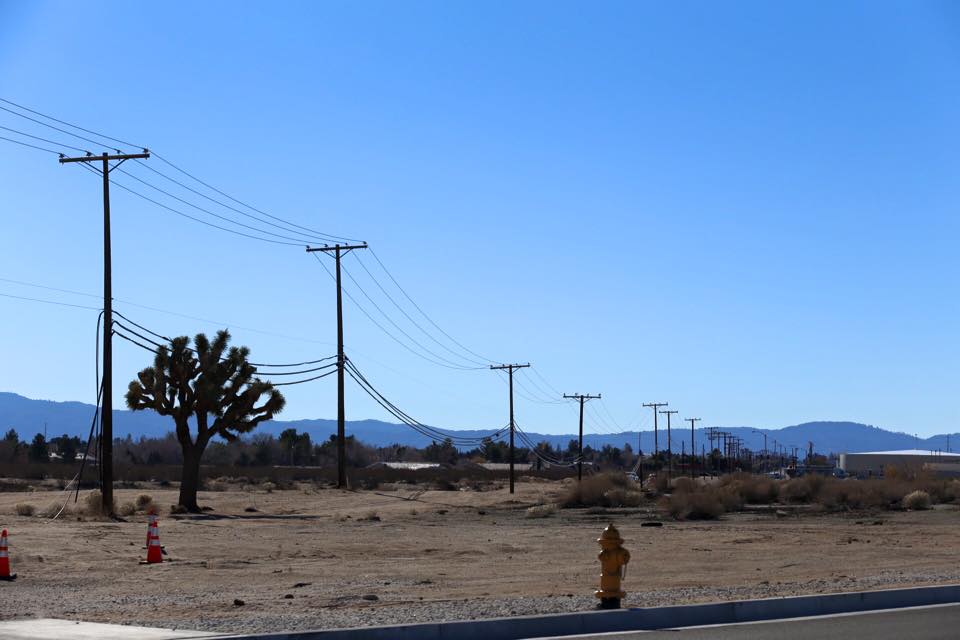 VICTORVILLE:(VVNG.com)- On Monday, December 29, 2014 dispatch received a call at 9:07 AM reporting the theft of copper from a utility pole in the area of Mariposa Road and Nisqualli Road.

Utility pole snapped at the base.

The thieves cut down the utility pole and reportedly stole 250 ft of copper. Cutting Verizon services that included, television, internet and phone to many customers in the area. The service was restored by afternoon.

The practice of stealing copper ground wire from utility poles is extremely dangerous. It’s not uncommon for copper thieves to break into electrical substations in an effort to steal copper wires to be sold as scrap. The most common communication cables found on utility poles are copper or fibre optic cable (FOC) for telephone lines and coaxial cable for cable television (CATV.

At this time its unclear how much the copper wire stolen is estimated to be worth. No injuries were reported in this theft.