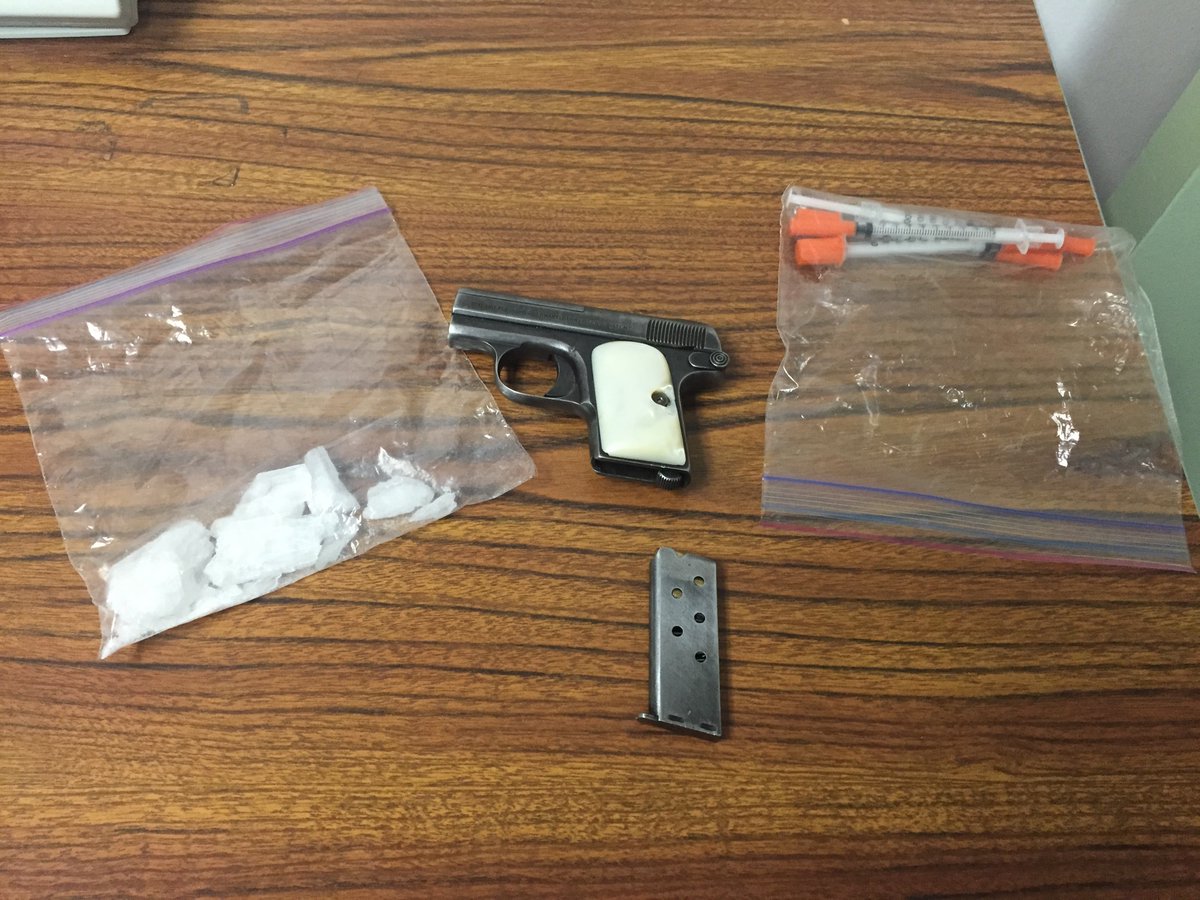 On Sunday, December 19, 2016, at approximately 5:14 pm, Deputy Hedy was conducting a routine patrol in the area of Tippecanoe Avenue and Second Street in the unincorporated county area of San Bernardino.

Deputy Hedy observed a vehicle commit a vehicle code violation. A records check on the driver identified him as Jason Williams, a resident of Highland currently on felony probation with terms.

Williams also had two felonies and two misdemeanor warrants for his arrest. During a patdown search of Williams, he was found to be in possession of just under one ounce of suspected methamphetamine. Williams was detained, and his vehicle was searched based on the terms and conditions of his felony probation.

A search of the vehicle revealed a loaded .22 caliber handgun which could have been accessed by Williams during the traffic stop. Hypodermic needles used for injecting methamphetamine were also located.

The gun’s origin is still under investigation. Williams was arrested and booked into the Central Detention Center.

Anyone with information regarding this case is urged to contact Central Station at (909) 387-3545. Callers wishing to remain anonymous are urged to call the We-Tip Hotline at 1-800-78-CRIME (27463), or you may leave information on the website at www.wetip.com.

21-Year-Old Arrested on Multitude of Charges