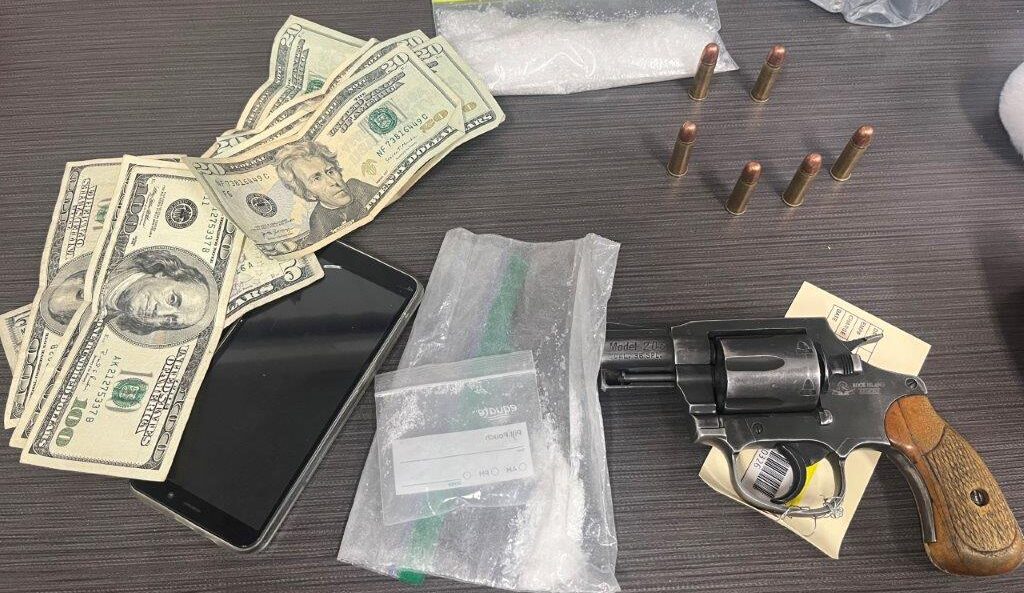 PHELAN, Calif. (VVNG.com) — A 63-year-old previously convicted felon was arrested for possession of firearms and narcotics after a traffic stop, officials said.

Officials said when Deputy Delano activated his overhead lights, the driver made a sharp turn up an embankment.

Smith was found to be a convicted felon, currently on Post Release Community Supervision (PRCS) for weapons related charges. Deputies located  72 grams of methamphetamine and a loaded .38 caliber revolver that Smith had thrown from his vehicle.

Charles Smith was arrested and booked at High Desert Detention Center. He is currently being held without bail.

The investigation is ongoing and anyone with information is asked to contact Deputy J. Delano, at Victor Valley Sheriff’s Station 760-552-6800. Callers can remain anonymous and contact We-Tip at 800-78CRIME or www.wetip.com.

Police give an update on the weekend shooting