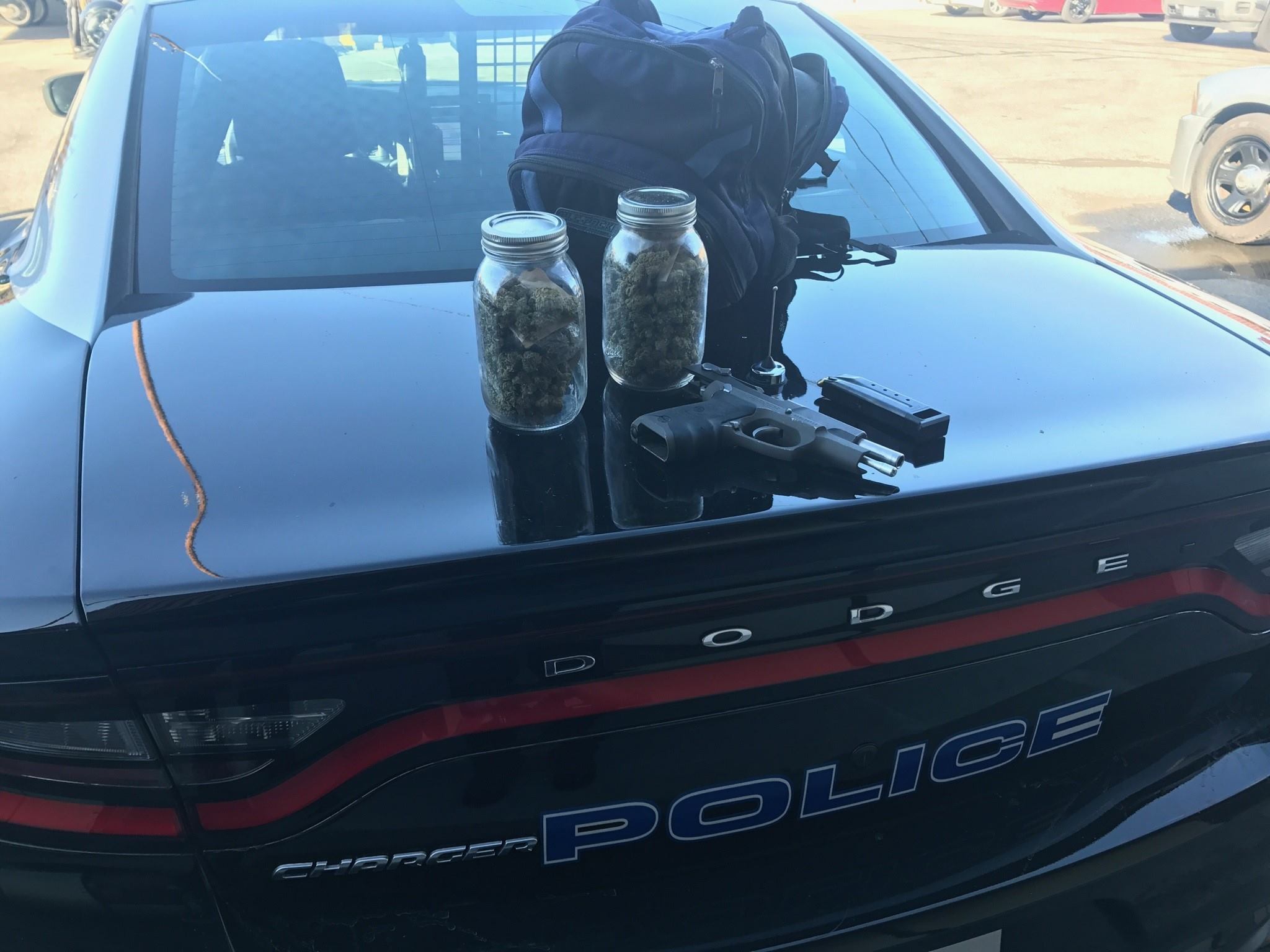 BARSTOW, Calif. (VVNG.com) A felon in possession of a loaded firearm was taken into custody after he led officers on a wrong-way pursuit on the I-15 freeway.

It happened at 8:17 a.m., when officers from the Barstow Police Department responded to the 1200 block of Barstow Road regarding a domestic violence incident, officials said.

“The caller stated that her boyfriend Jessie Lewis assaulted her and she is in need of medical treatment,” stated a news release.

The victim called back and informed dispatch the suspect was fleeing the scene in a white Chevy Suburban southbound on Barstow Road.

Corporal Angel Nevarez observed the vehicle and activated his lights and sirens. The vehicle ran two red lights and then entered I-15 south on-ramp from Barstow Road.

As the suspect, later identified as Jessie Lewis, 29, a resident of Barstow, drove on the on-ramp he threw a dark-colored backpack from the vehicle. The backpack was later retrieved by another responding police unit.

“Approximately 1 mile north of Avenue L, the vehicle pulled to the right shoulder. As Corporal Nevarez was attempting to exit his patrol vehicle to contact the occupants, the driver made a U-turn against traffic and fled northbound in the southbound lanes of Interstate 15,” officials said.

As the vehicle approached Barstow Road, it veered across several lanes of traffic and exited Barstow Road using the on-ramp. The pursued continued on residential streets and terminated at an apartment complex in the 700 block of East Virginia Way.

“Both the driver and front passenger exited the vehicle and ran west through the complex. Officers pursued the driver on foot and were able to apprehend him in the area of Lookout Drive and Virginia Way.

The officers positively identified the driver as Jessie Lewis and placed him under arrest. Officers searched the area for the passenger but they were unable to locate him.

Officers then searched the backpack that suspect’s discarded from the vehicle and located a large amount of Marijuana and a loaded 9mm handgun.

Corporal Nevarez interviewed the victim who reported that Lewis punched and scratched her in the face after they had an argument.

As a result, the victim suffered visible injuries to her face and neck. Barstow Fire Protection District responded to the scene and treated the victim.

Anyone with additional information regarding these investigations may contact Corporal Nevarez at the Barstow Police Department at (760) 256-2211. Those wishing to remain anonymous may also report criminal activity by calling the WE-Tip hotline at 1-800-78-CRIME (27463) or may leave information on the We-Tip website at www.wetip.com.

Distracted Driving blamed as 1 hospitalized in I-15 freeway crash