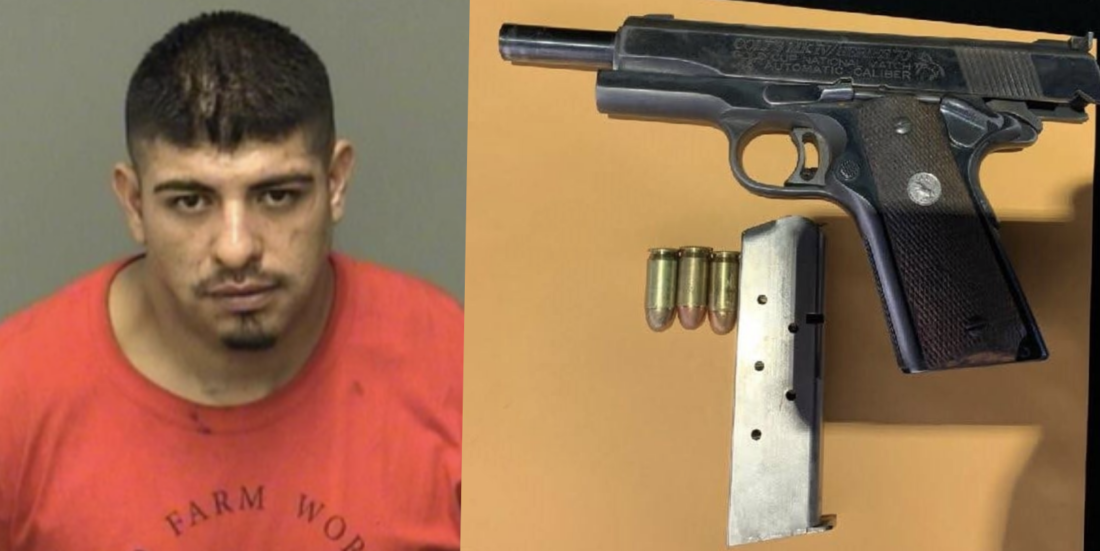 BARSTOW, Calif. (VVNG.com) — Mauricio Zamora, 31, identified by Barstow Police as a convicted felon, was arrested for vehicle theft and possession of a firearm, officials said.

On July 14, 2020, at approximately 12:39 A.M., Officers were dispatched to the area of Barstow Road and E. Main Street regarding a stolen vehicle.

The vehicle was described as a maroon-colored Acura TL sedan reported stolen out of the City of Livingston, CA in May of 2020. Officers searched the area for the vehicle and eventually located it in the parking lot of the Best Motel and contacted the driver, Mauricio Zamora.

“A search of the vehicle revealed a large amount of Marijuana and a loaded Colt .45 caliber handgun. A criminal history check of Zamora revealed him to be a convicted felon, therefore prohibited from possessing firearms,” stated officials in a news release.

Mauricio Zamora was subsequently booked at the High Desert Detention Center in Adelanto for Penal Code 29800-Felon in Possession of a Firearm and Penal Code 496d (a)-Possession of a Stolen Vehicle. He is scheduled for arraignment on July 17, 2020.