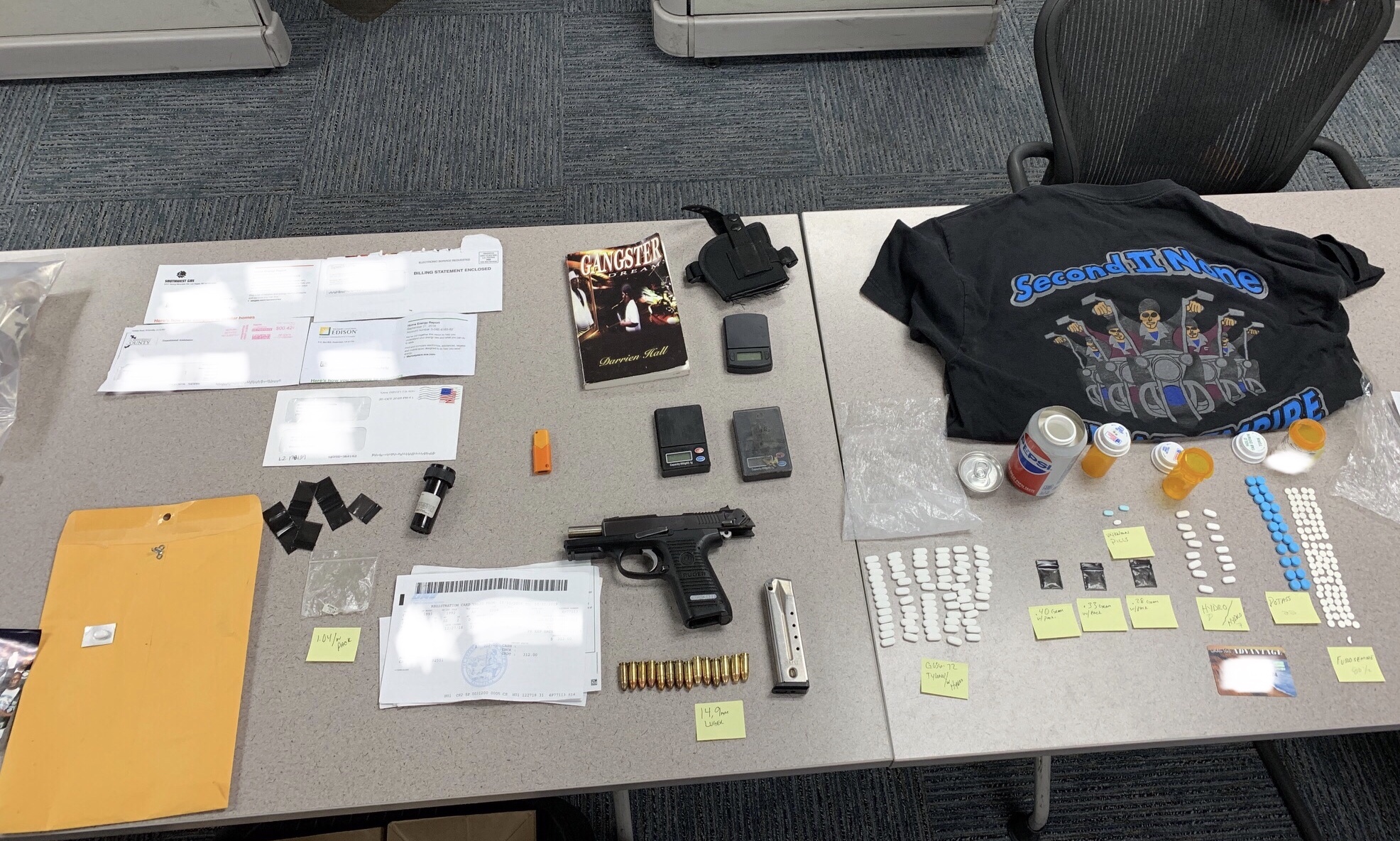 According to a sheriff’s news release, Deputy A. Curtis conducted an investigation and obtained a search warrant for the residence.

At about 10:46 am, deputies served the search warrant and detained Smith as he was attempting to leave the location. “At the time of his detention, Smith had a loaded firearm in his possession,” stated the release.

Inside the home, deputies found a large amount of cash, PCP, methamphetamine, multiple prescription pills, and miscellaneous paraphernalia associated with the use and sale of narcotics that belonged to Smith, officials said.

Smith is a convicted felon who lives in the home with three other adults and a 6-year old child.