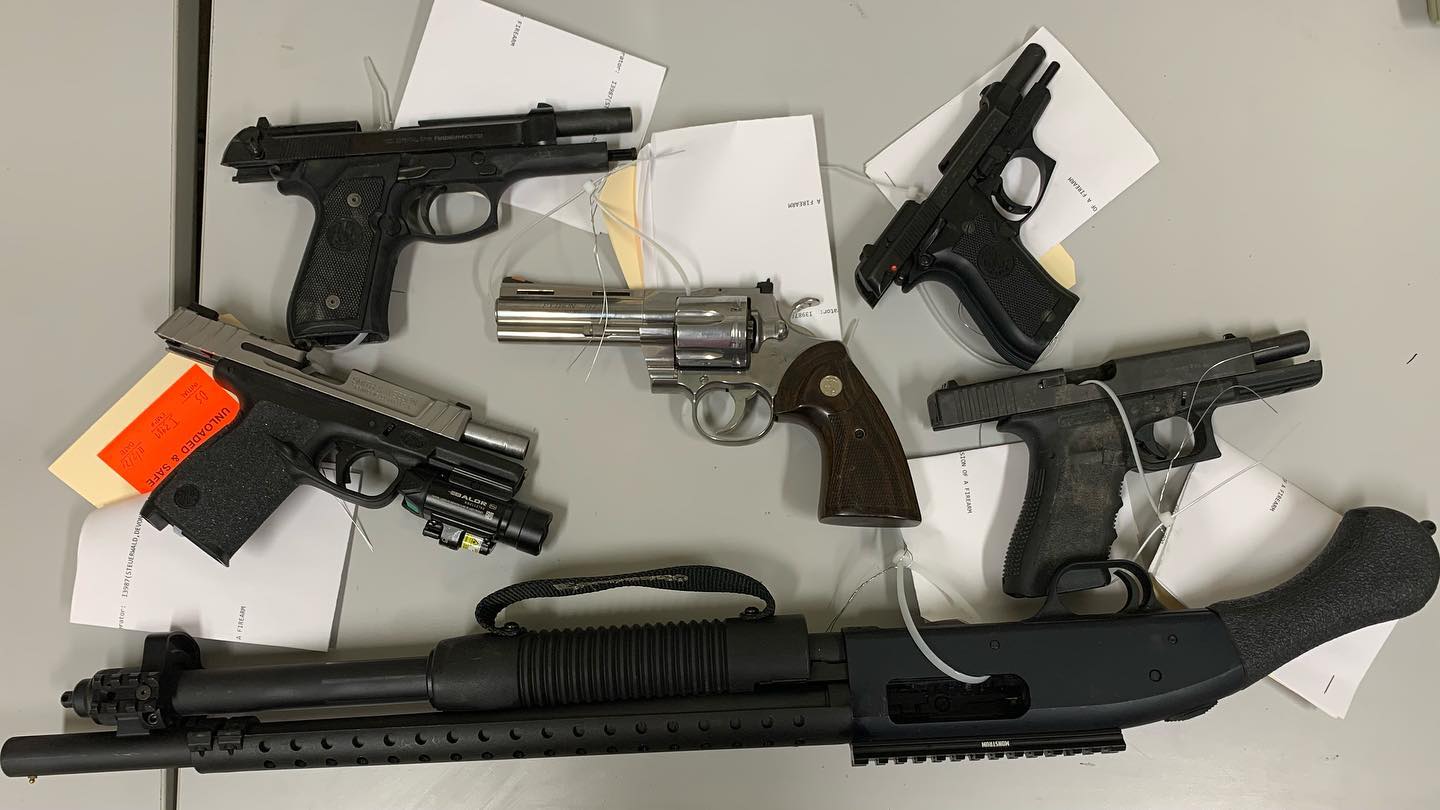 ADELANTO, Calif. (VVNG.com) — A convicted felon arrested for possession of guns and ammunition Monday in Adelanto posted bail and is no longer in custody.

It happened when deputies from the Adelanto sheriff’s station were dispatched to a report of shots fired at about 1:00 pm, on November 1, 2021.

Sheriff’s officials said the suspect identified as 23-year-old Daniel Orozco-Fausto was located in his vehicle in the desert near De Soto Avenue and Koala Road.

“Orozco-Fausto was in possession of a shotgun, five handguns, and multiple rounds of ammunition. Orozco-Fausto is a convicted felon and cannot legally possess guns or ammunition,” stated sheriff’s officials.

The suspect was booked at the High Desert Detention Center and charged with PC29800(A)(1) Felon in Posession of a firearm and PC30305(A)(1) Prohibited from owning a gun or ammunition.

According to public arrest records, Orozco-Fausto is no longer in custody and was released on bail at 8:46 pm on November 2nd. He currently has no court appearance scheduled.