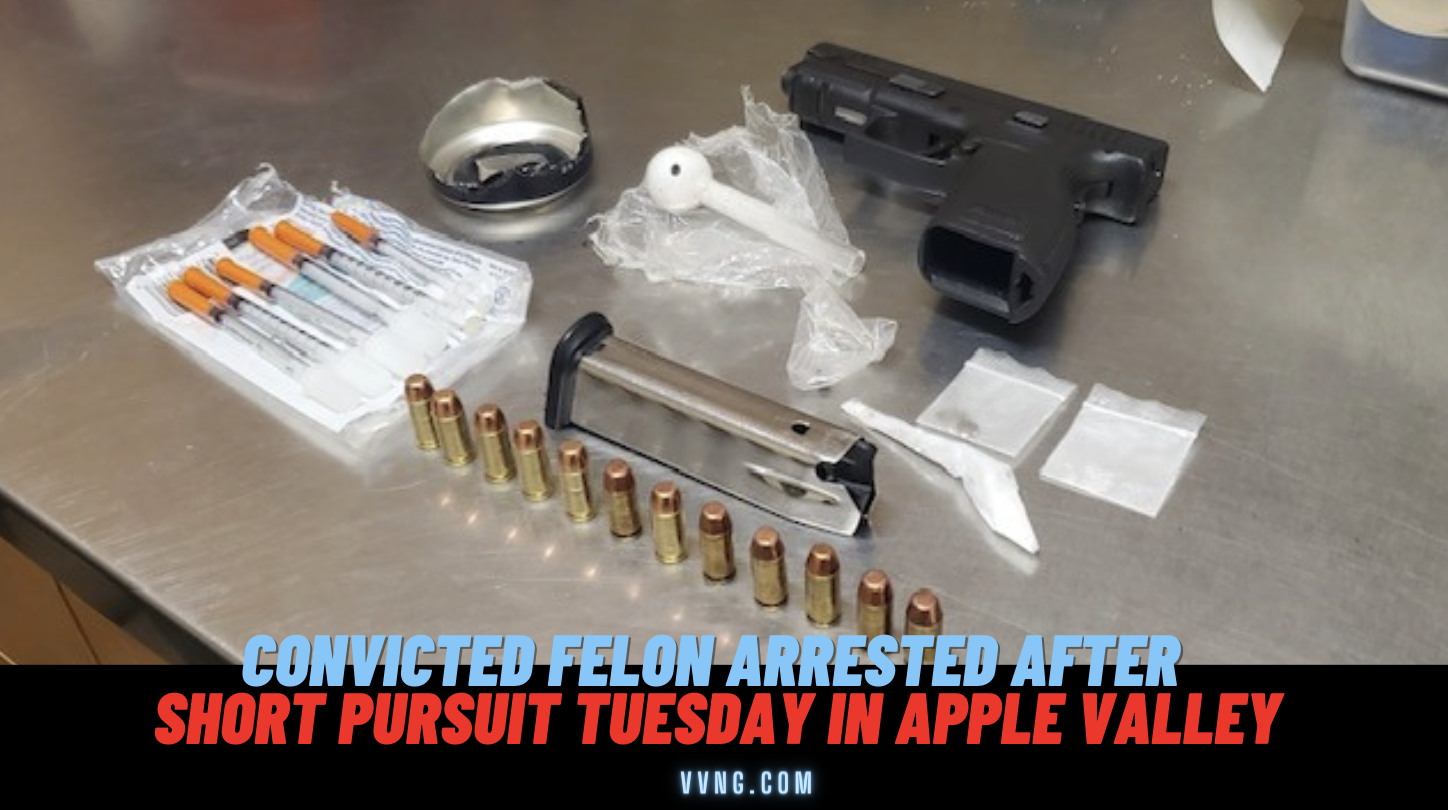 APPLE VALLEY, Calif. (VVNG.com) — A previously convicted felon was arrested Tuesday morning in the Town of Apple Valley after leading police on a brief pursuit.

Sheriff’s officials said Deputy Rex attempted to conduct a traffic stop on the vehicle but the driver failed to yield, and a short pursuit ensued.

“After making contact with Dominguez, a search of the vehicle was conducted. During the search, Deputy Rex and Deputy Clancy located suspected methamphetamine, suspected heroin, and a loaded firearm with an obliterated serial number,” stated a sheriff’s news release.

In addition to these charges, Dominguez was booked for violating the terms of his Post Release Community Supervision (PRCS). He is scheduled to appear in the Victorville Superior Court on January 27, 2022.

Anyone with information about this investigation is asked to contact Deputy Clancy or Deputy Rex at the Apple Valley Police Department at (760) 240-7400 or Sheriff’s Dispatch at (760) 956-5001. Callers wishing to remain anonymous are urged to call the We-Tip Hotline at 1-800-78CRIME (27463) or you may leave the information on the We-Tip website at www.wetip.com.