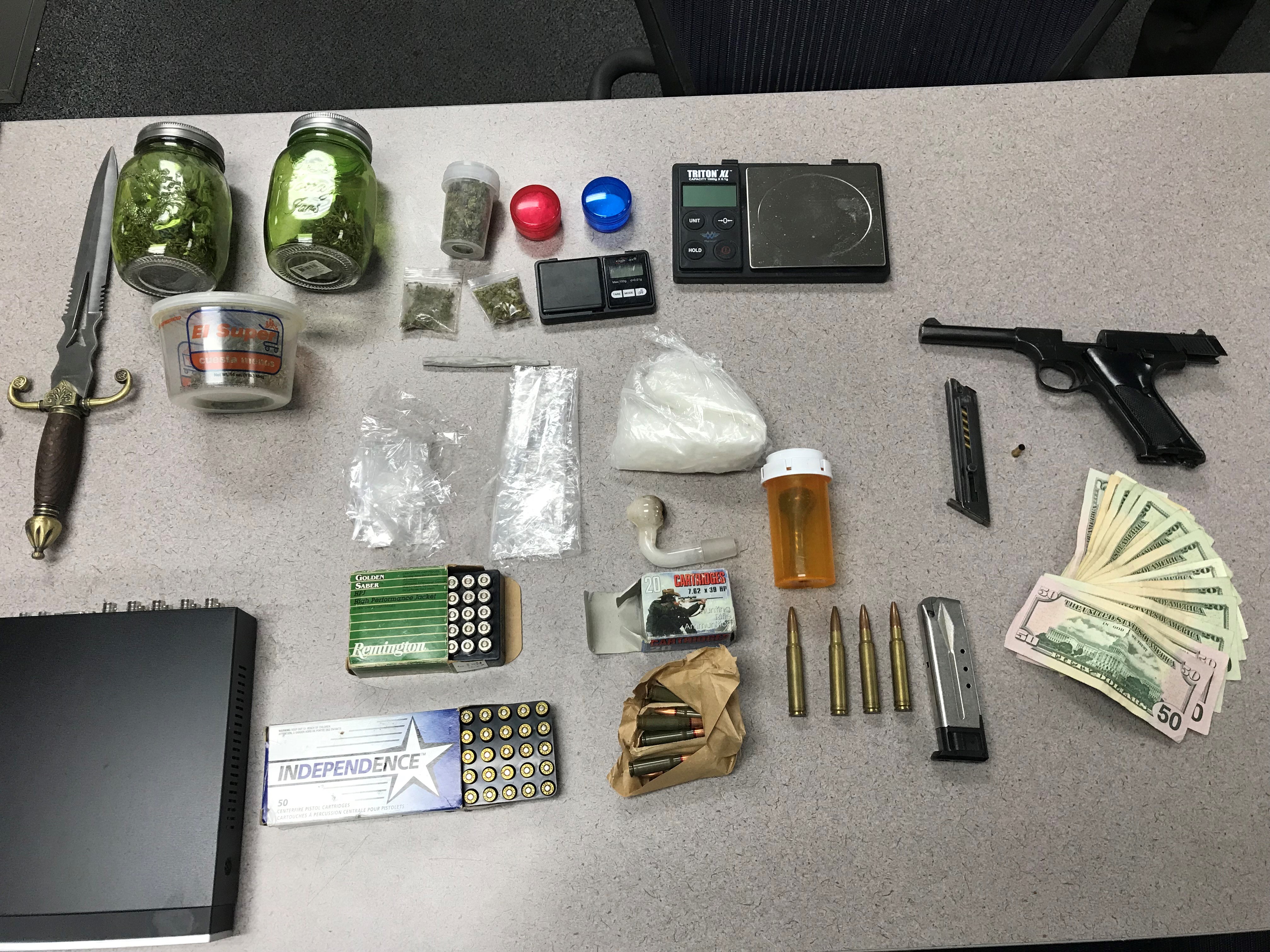 VICTORVILLE, Calif. (VVNG.com) — Police re-arrested a previously convicted felon for possession of drugs and weapons that were hidden in her ‘severely disabled daughter’s’ room, officials said.

Carol Stewart, 47, of Victorville was arrested after deputies from the Victorville Police Department served a search warrant at a residence in the 12800 block of Stagecoach Drive.

According to a sheriff’s news release, “during the search, deputies located suspected methamphetamine and marijuana, miscellaneous paraphernalia and cash commonly associated with the sales and use of drugs, a handgun, multiple rounds of ammunition, a dagger, and a machete.”

Stewart is the primary occupant of the residence and is prohibited from possessing firearms or ammunition due to being a convicted felon.

Officials said, “Stewart’s 20-year old, severely disabled daughter, lives in the house and occupies the bedroom where the suspected marijuana, dagger, machete, and some of the ammunition were found.”

Stewart was arrested and booked at High Desert Detention Center for possession of a controlled substance.

Department of Family Services was informed of the situation and they took custody of the suspect’s daughter.

The case was forwarded to the District Attorney’s Office where it will be reviewed, and additional charges will be considered.

Anyone with information about this investigation is asked to contact Deputy M. Baltierra at the Victorville Police Department at (760) 241-2911 or Sheriff’s Dispatch at (760) 956-5001. Callers wishing to remain anonymous are urged to call the We-Tip Hotline at 1-800-78CRIME (27463) or you may leave information on the We-Tip website at www.wetip.com.