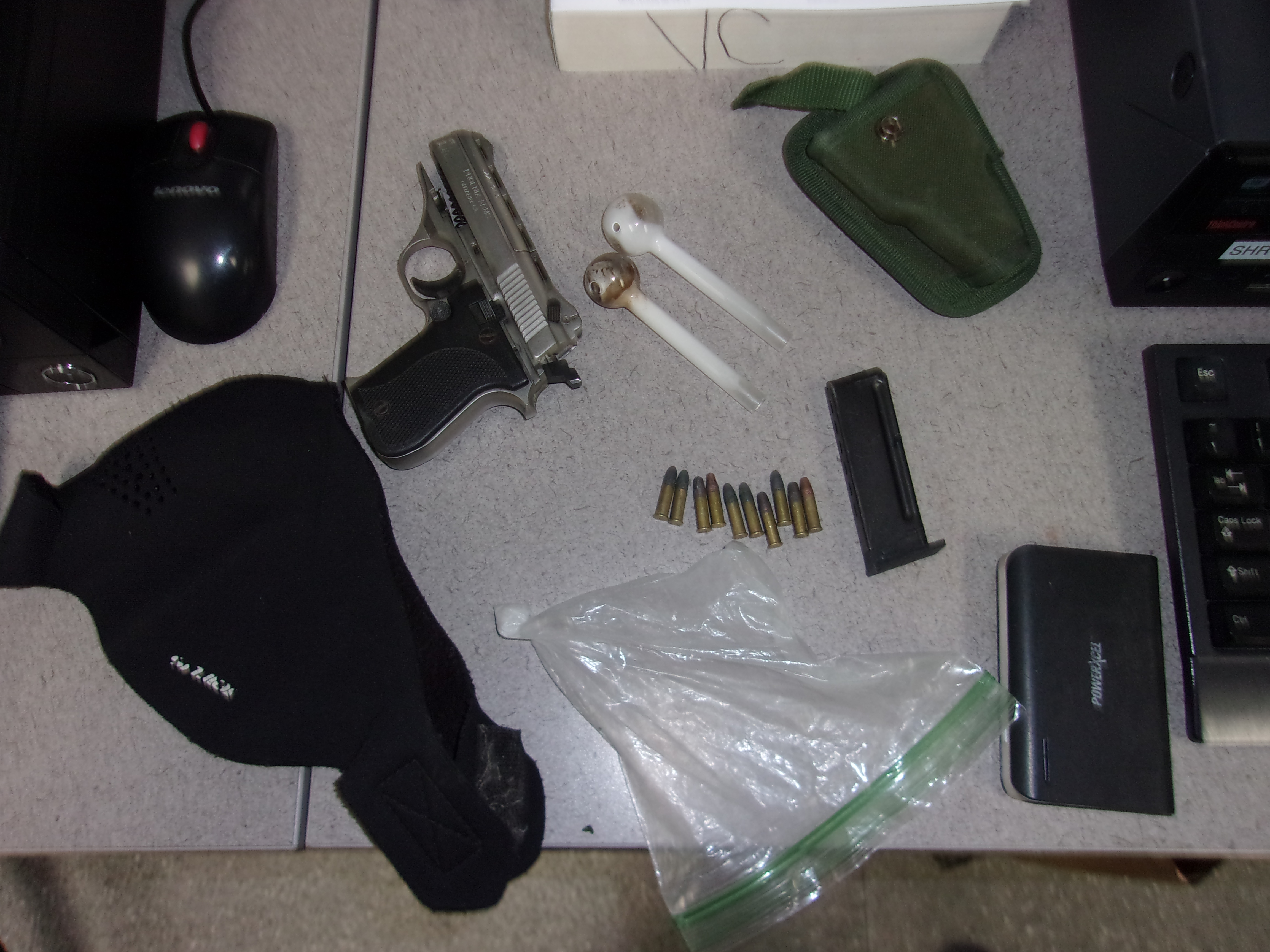 VICTORVILLE, Calif. (VVNG.com) — Residents living in the community of Brentwood were rattled after they heard gunfire near their homes Monday night.

It happened at about 8:19 pm, when deputies from the Victorville station responded to multiple reports of gunshots being heard in the area of South Trail and Horseshoe Way.

The sheriff’s aviation helicopter 40King responded to the scene and spotted a white Honda in the desert near the location. Deputies were able to stop the vehicle and made contact with the driver, identified as Lee Arthur Bell, 40, of Apple Valley.

According to a sheriff’s news release, “during the identification process, Bell was found to be a convicted felon with an active warrant for his arrest. While conducting a search of Bell’s vehicle, deputies located a loaded firearm, suspected methamphetamine, and drug paraphernalia.”

Bell was arrested and booked into the High Desert Detention Center for being a felon in possession of a firearm and the outstanding, drug-related warrant. The case will be forwarded to the District Attorney’s Office for review and consideration of further charges.