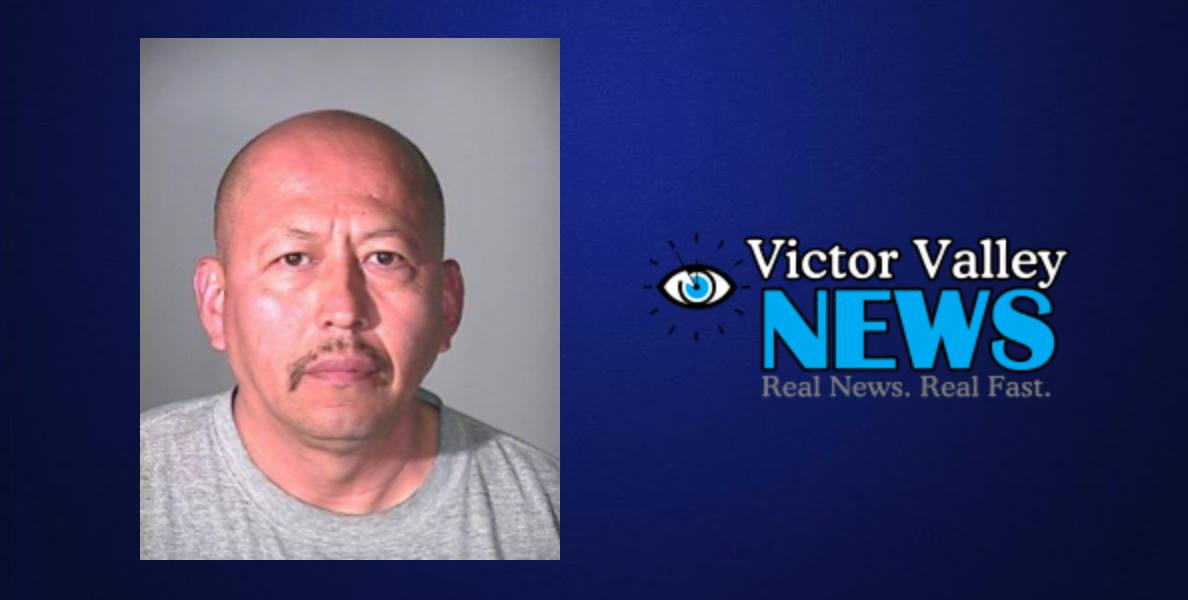 HESPERIA-(VVNG.com):A 56-year-old Hesperia man accused of molesting his nieces when they were 6 to 13 years old was convicted for his crimes against the three girls on Monday, June 15th.

According to a authorities,  Daniel Cortez Bernal was convicted of 12 felony counts and will face 80 years to life at his August 7, 2015 sentencing.

“This defendant molested his nieces when they were ages 6 to 13 years old, taking advantage of a position of trust,” stated Deputy District Attorney David Foy, who prosecuted the case.

The four-year legal battle involving the three children in Orange and San Bernardino County came to a point when the jury found Bernal guilty of two counts of forcible oral copulation and seven counts of lewd act with a child for attacks on one niece; one count of continuous sexual abuse of a child in connection with another niece, and one count of lewd act with a child for fondling a third niece. He was also found guilty of felony evading police.

During the 7-day jury trial it was learned that the victim was molested 2-3 times per from the time she was six years old until she was 11 years old while she lived with him in Garden Grove. When they moved to Hesperia in 2007, the sexual assaults continued until she was 13 years old in 2009.

The victim told authorities at school about the molestations on May 10, 2011 prompting an investigation.

When a patrol deputy tried to stop Bernal’s SUV as it headed south on U.S. 395 in Hesperia, Bernal caught the I-15 through the Cajon pass and ran a vehicle off the road during the high-speed pursuit, according to trial testimony by Sgt. Jerry Davenport.

Bernal got as far as the I-10 overpass in Ontario, where he was apprehended by another sheriff’s deputy as he tried to jump off. Bernal later confessed that he orally copulated the niece.

Following the arrest, two other victims from Orange County came forward with information regarding their sexual abuse at the hands of Bernal.