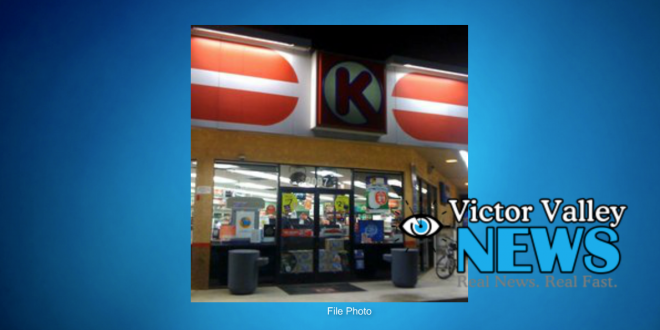 ADELANTO-(VVNG.com): A second suspect was arrested Sunday, September 27th in connection with the September 24th armed robbery at the Circle K store located on the 11700 block of Air Expressway just east of Highway 395.

On September 24th just after 2:15 a.m., dispatch received a report that four armed suspects entered the store one brandishing a handgun. The suspects left the store with Newport Brand cigarettes and $60 in cash.

Soon after a deputy located a suspicious Hispanic male adult near Sage and Spruce Streets wearing a sweater of matching description hiding in the bed of a truck. When he saw the deputy, according to scanner traffic, he ran into the apartment complex located in the 18200 block of Spruce Street.

The suspect, identified as Angel Ramirez was located and handcuffed by deputies. Ramirez was found to be in possession of a Rugar 357 handgun, cash and several packs of Newport Cigarettes. Ramirez was also found to be on felony probation and was taken into custody. He was transported to the High Desert Detention Center on charges of robbery and is being held in lieu of $150,000. Ramirez entered a not guilty plea on September 29th. He is due back in court on October 6th for a pre-preliminary hearing.

San Bernardino County Sheriff’s Department Officials said that on September 27th at about 1:15 p.m., deputies from the Victor Valley Station made contact with 20-year-old Adrian Dajuan Jones near Bellflower Street and Brockman Avenue. Jones attempted to flee, but was arrested without incident shortly after. Jones who was also found to be on Felony probation was possession of a weapon similar to the one utilized in the Circle K Robbery and was positively identified as the suspect.

Evidence connecting Jones to the case was located and Jones was subsequently booked into the High Desert Detention Center for Armed Robbery. Jones appeared via jail video on October 1st entering a not guilty plea. He is due to appear in court on October 8th for a pre-preliminary hearing.

Jones is currently on felony probation relating to a December 1, 2014 incident, where Jones was one of four suspects involved in a robbery to a home in the 11100 block of Shanandoah Street in Adelanto.  Jones and three juveniles were located by a CHP helicopter shortly after fleeing. On January 8, 2015 Jones was released from custody after placing a no contest plea as part of a plea bargain sentencing him to three years probation with the condition he follows all court orders. His probation was revoked as a result of this incident, making him ineligible for bail at this time.

There are two suspects still outstanding. Anyone with information regarding this investigation is urged to contact Detective Pelayes at (760) 552-6800. Callers wishing to remain anonymous are urged to call the We-tip Hotline at 1-800-78-CRIME (27463) or you may leave information on the We-Tip Hotline at www.wetip.com.