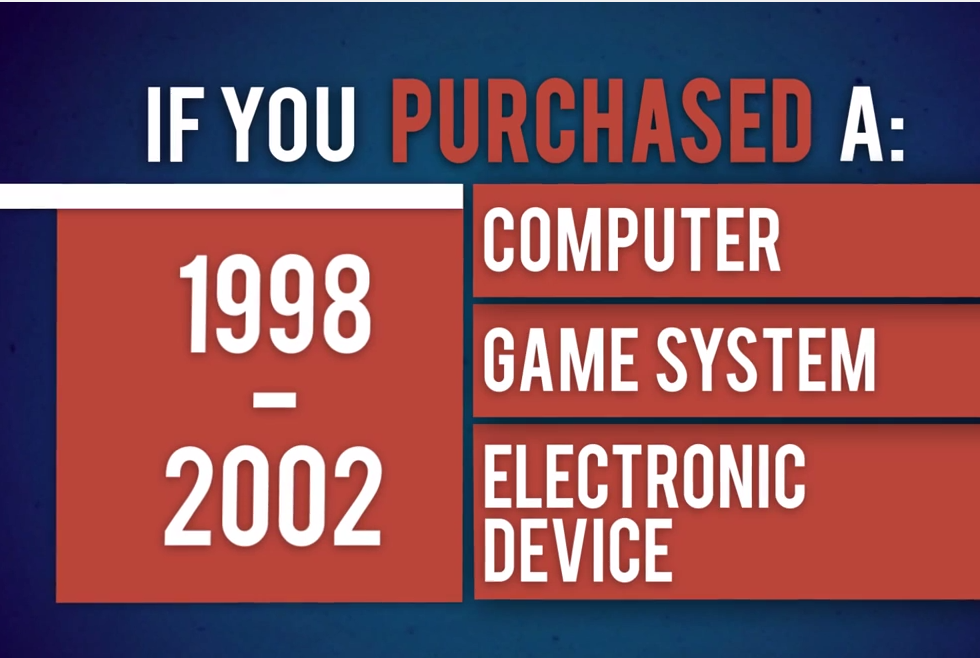 “These companies betrayed the trust of consumers by artificially inflating prices to drive up profits,” Attorney General Harris said. “I encourage California consumers who purchased one of these products to file a claim immediately.”

Consumers who purchased computers, printers, video game consoles or other electronic devices with DRAM memory between 1998 and 2002 are eligible to make a claim before August 1, 2014 and could receive money from the settlement.

After completing an investigation in 2006, California, with other states, filed antitrust suits alleging that consumers over-paid for electronic devices containing DRAM chips for purchases made from 1998 to 2002. DRAM is a common form of memory chip found in computers and other devices.

The settlement, reached in conjunction with class actions, pays individuals and businesses that purchased these chips or devices containing these chips in the United States between 1998 and 2002 from someone other than a DRAM manufacturer, such as retailers like Best Buy or Staples. The settlement also requires that these DRAM manufacturers implement antitrust compliance programs and enjoins them from certain conduct related to the sale of DRAM that would violate antitrust laws.

Court filings associated with the settlement can be found here: https://dramclaims.com/settlement-details/court-documents/

A full list of defendant companies can be found here: https://dramclaims.com/faq/

For more information about the settlements, visit www.DRAMclaims.com

source: State of California Department of Justice Office of the Attorney General