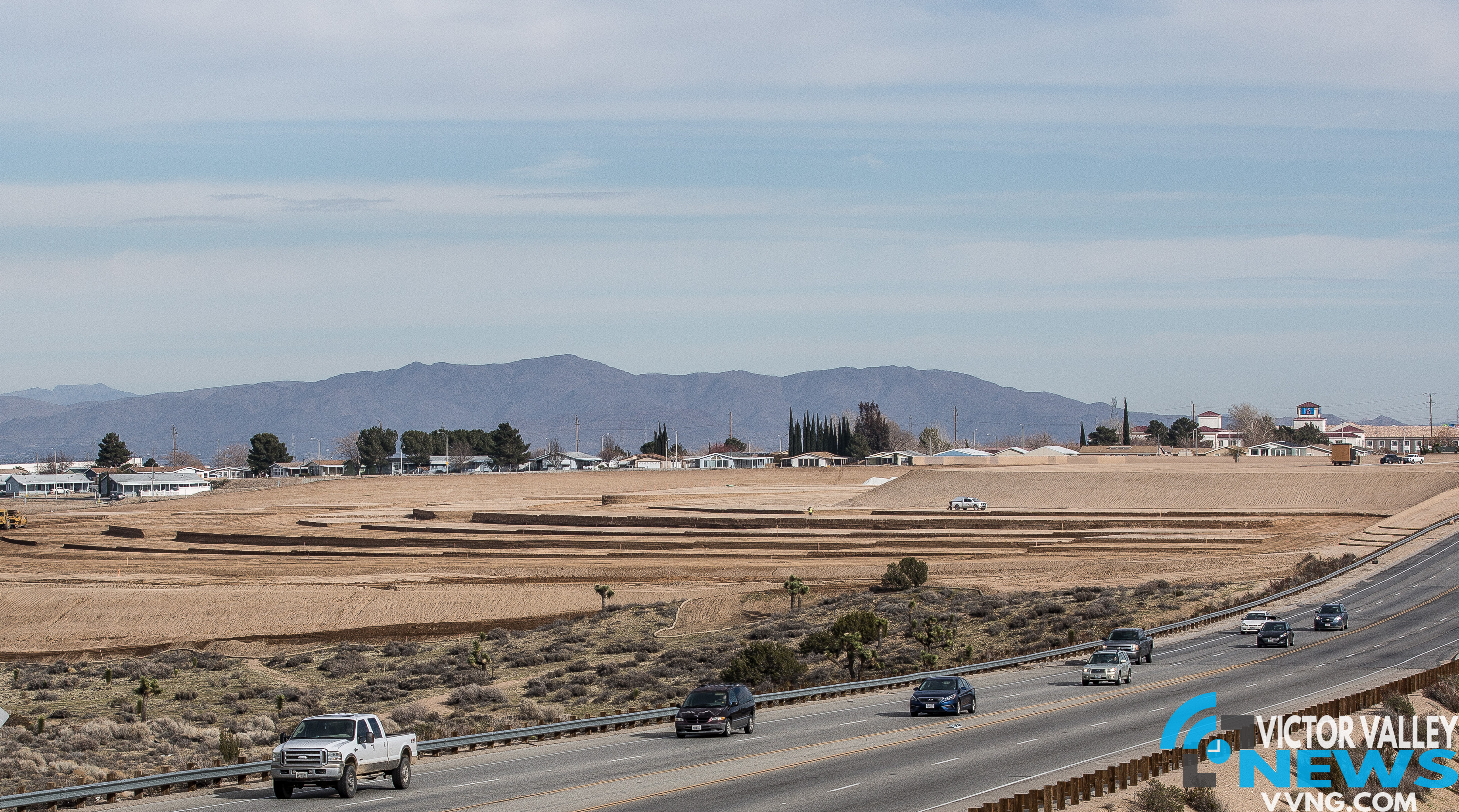 HESPERIA, Calif. (VVNG.com)- Developer Chirco/Mancinelli has officially started construction on the Mesa Linda Apartments, a gated community located on the north side of Main Street in Hesperia, approximately 430 west of Mesa Linda Avenue.

Assistant to the City Manager Rachel Molina, told Victor Valley News, grading on phase 1 began in December. “This is not an affordable housing project; they will be market-rate, condo-style duplexes,” stated Molina.

Phase 1 will consist of 30 units, and upon completion, the Mesa Linda Apartments will boast 200 condo-style duplexes on 50 acres with plenty of amenities.

The development will have recreational areas, which include a pool and spa, a 4,581 square foot community building, a playground area, a sand volleyball court, and 39,684 square feet of passive and active common open space areas. The complex will be gated with a six-foot height wrought iron fence and water efficient landscaping along its perimeter.

The development, which is designed in a duplex fashion, includes 200 units, 172 of which are one-story units and 28 are two-story units.

The gated community will have 100 residential buildings, each with two units.

Based on 200 residential units, approximately 1,318 daily vehicle trips would be created, based upon the Institue of Transportation Engineers Trip Generation Manual. As part of developing the site, the developer is required to construct street improvements, including curb, gutter, and sidewalk along the project frontages of Main Street and Mesa Linda Avenue.

Photo renderings of what the future apartments will look once completed.