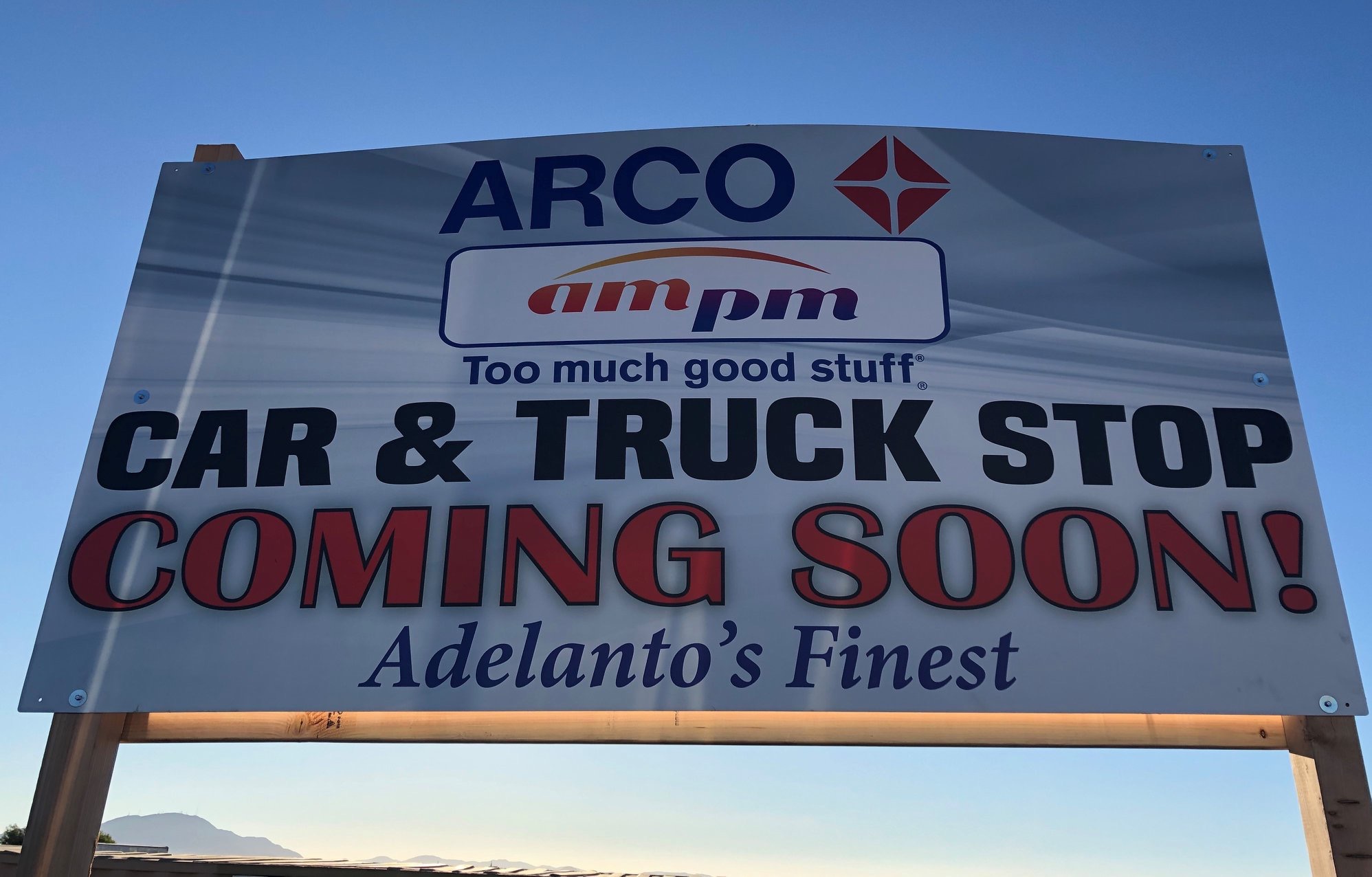 ADELANTO, Calif. (VVNG.com) — Adelanto City Officials are sharing their excitement over the construction progress underway at an all-new gas station.

The new ARCO ampm will be located at the corner of US Highway 395 and Air Expressway, adjacent to the city hall.

According to a post from the city, the all-new gas station will feature ten (10) fueling dispensers and eight (8) high flow diesel dispensers which includes a 3,800 square foot convenience store and a 2,400 square foot attached building for a future fast-food restaurant.

According to previously released data from CalTrans, between 18,800 to 23,000 vehicles passed through the intersection of Air Expressway and Highway 395 at various times of day in 2017.

Officials have not announced an official opening date. Information will be updated as it becomes available.