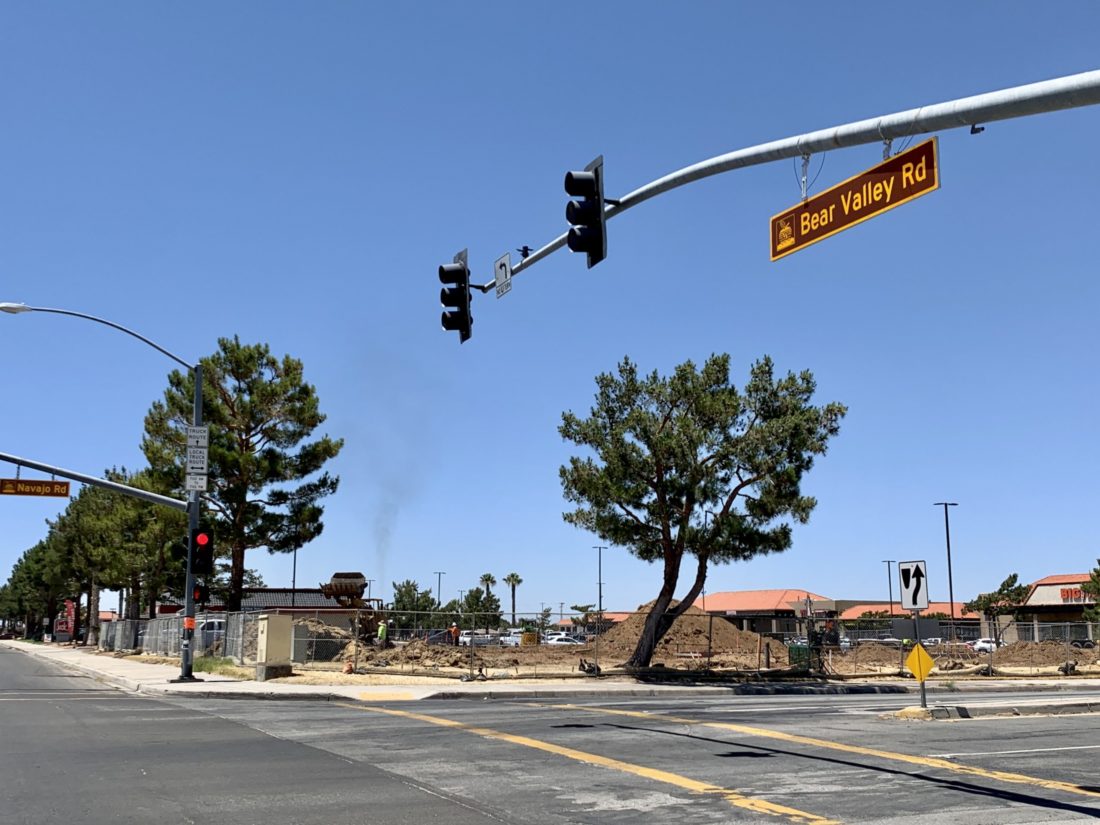 APPLE VALLEY, Calif. (VVNG.com) — Construction on the Dutch Bros Coffee located at the northwest corner of Bear Valley and Navajo Roads in Apple Valley has begun.

The Town of Apple Valley’s Director of Business, Orlando Acevedo, told VVNG the location is expected to open by the end of the year.

Dutch Bros Coffee is the largest privately held drive-through coffee chain in the US. The Victor Valley location will signify the company’s expansion into Southern California.

Dutch Bros was founded by two brothers, Dane and Travis Boersma, and together they opened the first location in Grant Pass, Oregon in 1992. They sold coffee from pushcarts around town and by 2018 had over 380 locations and 12,000 employees in seven states.

The coffee chain serves a variety of coffees, caffeinated beverages, and other drinks including tea, energy drinks, smoothies, hot cocoa, soda, and lemonade.

In March, it announced it’s paying its broistas $3 per hour of “thank you” pay and the Dutch Bros Foundation recently announced a $1 million donation to support COVID-19 relief efforts.