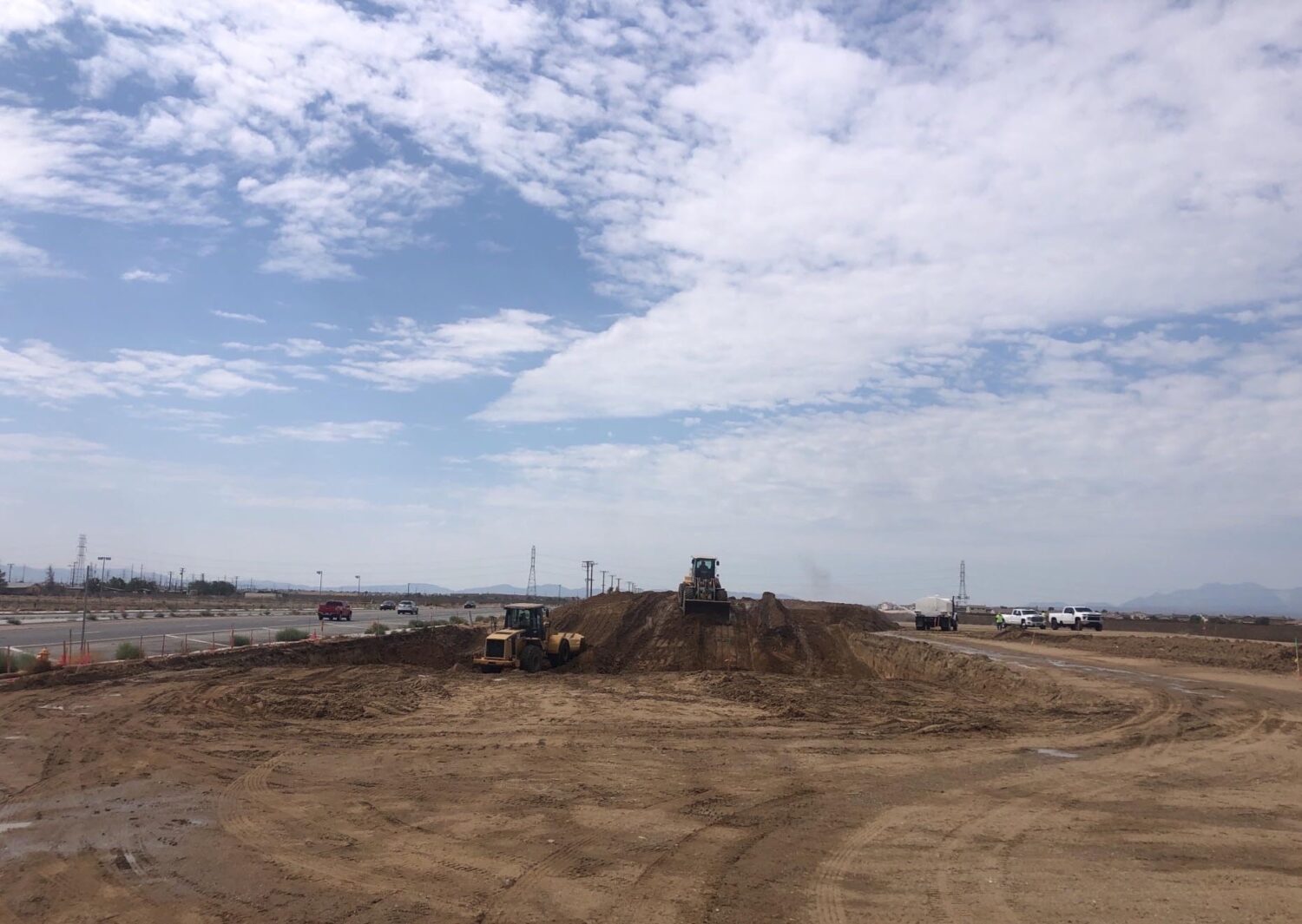 ADELANTO, Calif, (VVNG.com) — Lewis Retail Centers began the first phase of construction on the long-awaited Adelanto Towne Center located at the corner of Mojave Drive and US Highway 395.

According to Lewis Retail Centers, the first phase of construction includes two buildings totaling 10,000 SF and is expected to open Summer of 2023. Phase one is just the beginning of what will ultimately be a 56,000 SF neighborhood center with a vibrant mix of tenants to serve the local community.

Poppy Express Wash and Poppy Fuel will occupy both new buildings to provide much-needed services in the area.

Gabriel Reyes, the Mayor of Adelanto, shared the news Thursday afternoon on his Facebook page calling it a proud moment between the city and the Lewis Retail team.

“This project is truly a collaboration between the City of Adelanto, its residents, and Mayor Reyes. We are excited to finally bring this project to life and to the community of Adelanto,” said Ken Caron, Senior Vice President – Commercial Development.

Mayor Reyes announced that a ground-breaking ceremony is scheduled for August 24, 2022. He’s also asking residents to email him with a list of potential businesses that he can present to the Lewis Group at greyes@adelantoca.gov

According to a city of Adelanto news release dated October 29, 2018, jet fuel lines underneath highway 395 were a major hindrance to the development of the project for several years.

However, after years of successful negotiations, between Caltrans, Kinder Morgan officials, and the City of Adelanto detour plans were eventually approved clearing the path for construction.

Workers had to relocate petroleum pipelines that run parallel to the project. Requiring even more time and money, was a concrete cap installed to protect the pipeline and allow for the widening of Highway 395 from Mojave Drive south to Victor Street.