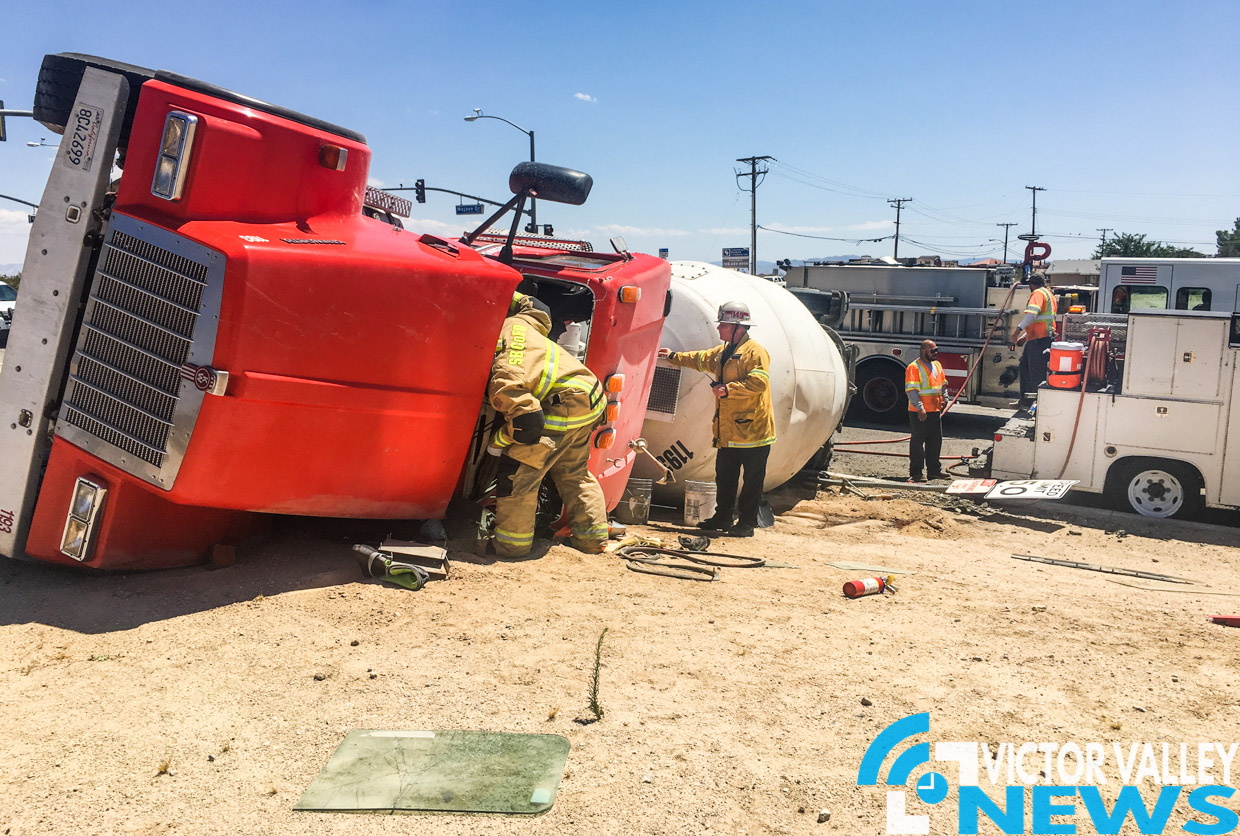 The accident occurred at around 1:20 p.m. near the intersection of Mojave Drive and Amargosa Road on Monday afternoon.

According to Modesto Quijano, a Victorville resident who witnessed the incident, the Robertson’s truck was traveling northbound on Amargosa Road through the intersection attempting to make a turn onto westbound Mojave Drive.

“It looks like he was traveling too fast as he turned. I saw his wheels lift off the ground and as he tried to straighten out he over corrected,” Quijano told Victor Valley News.

“The city truck was parked on Amargosa Road and the employees ran to avoid getting hit, otherwise they would have been hit,” Quijano said.

According to city employees at the scene, they were parked on Amargosa Road just west of Mojave Drive replacing a speed limit sign. The sign they were working on was struck by the ready-mix truck and was knocked down.

“I ran for my life when I saw the truck coming straight towards us, I thought I was going to die,” said a Victorville City employee who wished to remain anonymous.

The driver of the Robertson’s truck was transported to a local area hospital for minor injuries. No other injuries were reported as a result of the accident.

The number two lane of westbound Amargosa Road was closed to traffic as authorities investigated.

For more news join our group on Facebook with over 100,000 members. JOIN HERE.