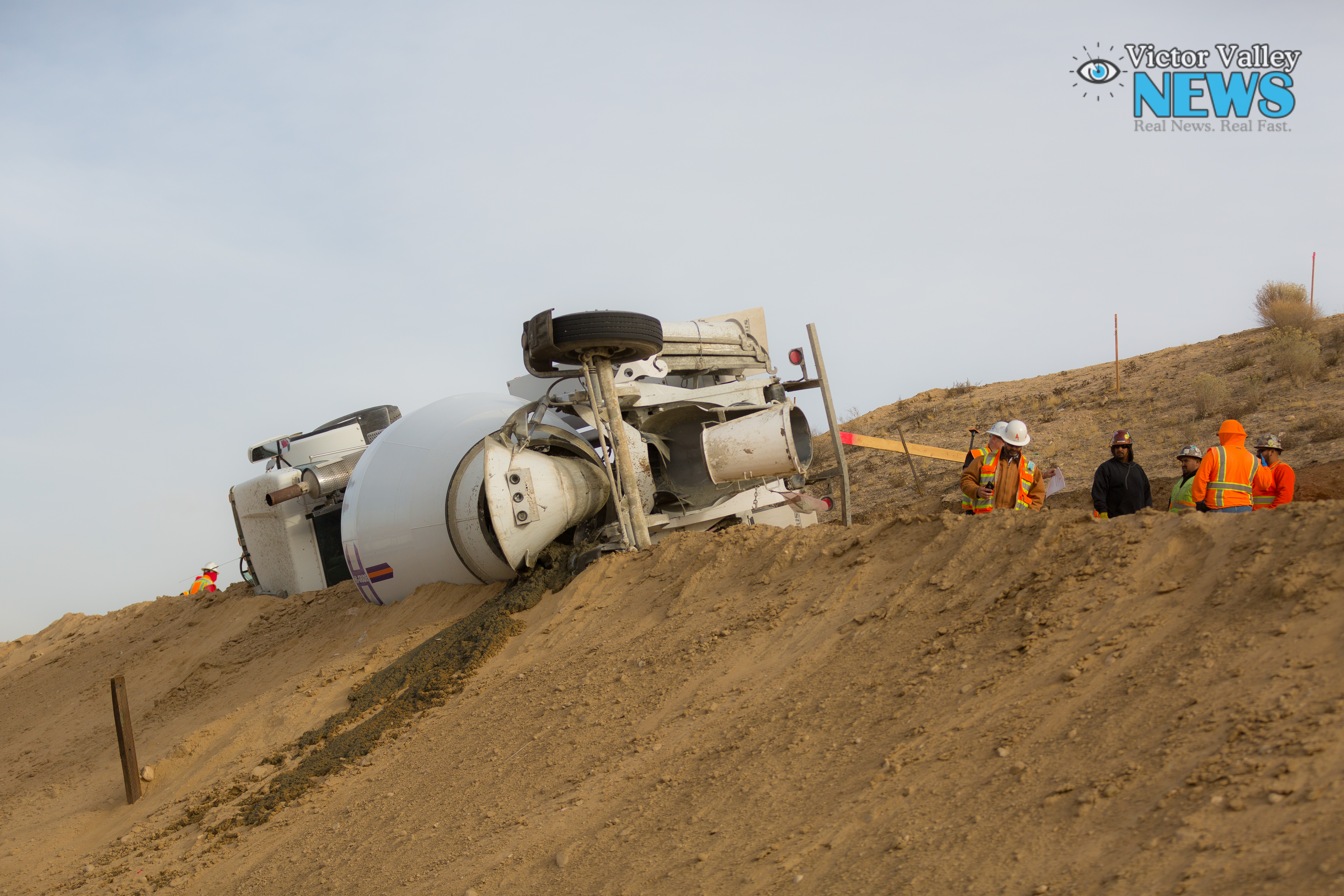 VICTORVILLE, Calif. (VVNG.com) A  truck delivering concrete for the I-15 freeway expansion project near D street tipped over Monday afternoon.

The concrete mixer truck was fully loaded with roughly 70 thousand pounds of concrete at the time of the incident, which occurred on the northbound freeway, just south of the D Street off ramp.

The recent rains most likely caused the dirt mound to become unstable, “the driver was backing up to the job site and the ground gave away from the side of the tire, causing it to tip over,” stated Andrea Montoya with Hi-Grade Materials.

The driver of the mixer truck was able to walk away without injuries, just a bit shook up.

G&M Towing was requested to respond to assist in lifting the truck, which according to Montoya would most likely require a couple of three-axle heavy-duty trucks just to lift it back on its wheels.

The concrete was expected to be used for the retaining wall for the houses along the hill.

The work being done is part of the $71 million project for a major reconstruction of three Interstate 15 interchanges between Stoddard Wells Road and D Street in Victorville.

The project will reconstruct interchanges at Stoddard Wells Road and D and E streets, while also widening the Mojave River Bridge and is scheduled for completion in 2018.