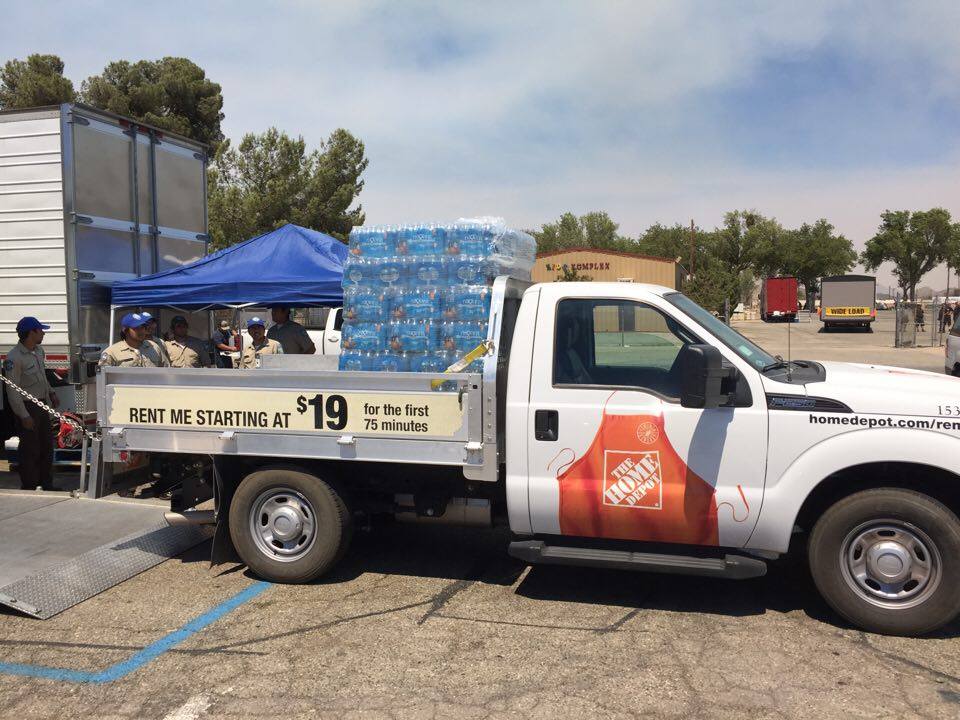 VICTORVILLE, Calif :(VVNG.com)- The Pilot Fire is without a doubt a disaster that has caused fear, chaos, and devastation in the Victor Valley, but was not able to overshadow the moments of community pride and joy.

Local citizens and businesses poured out generosity and showed acts of kindness to all those who have tirelessly fought the fire around the clock.

In addition, Chipotle Mexican Grill, located at 9790 Mariposa Road in Hesperia, reached out to Victor Valley News and asked for help getting a message out to the firefighters and police personnel that their burritos/meal would be complimentary. Within the first hour of the news blast, Chipotle received an order for over 300 burritos.

Subway on La Paz Drive in Victorville also delivered several platters of sandwiches to the command post, and several other business such as Papa Johns Pizza and Michael’s Liquor also showed their token of appreciation..

We know there are many other businesses and citizens who have stepped up to support those fighting the fires. Your generosity does not go unnoticed, we would also like to thank you!