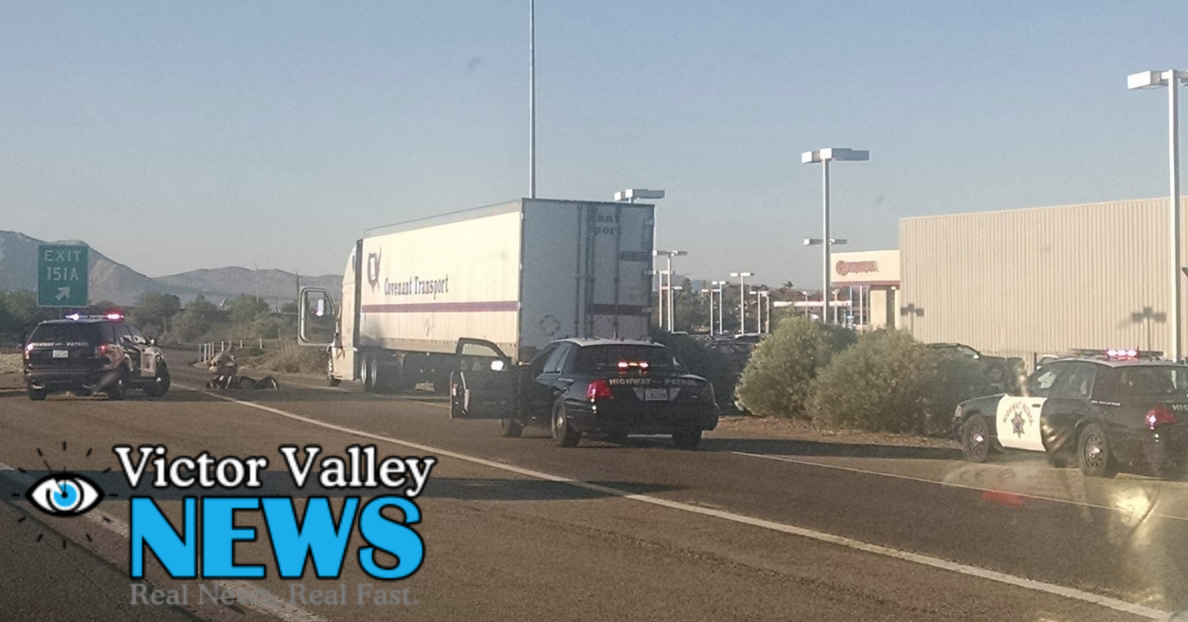 VICTORVILLE-(VVNG.co): Per scanner traffic, dispatch received a call reporting a person with a gun on the I-15 northbound at approximately 6:35 P.M., on Monday, June 15, 2015.

According to the reporting party, she and her husband were driving when the driver of the Covenant tractor-trailer began to tailgate them up the Cajon Pass.

“He started flipping us off and making obscene gestures. This went on for about a half an hour. He told my husband to pull over and he did (wrong move). The truck driver pulled a gun on my husband. As soon as I saw a gun I called 911,” said Angie Davis-Lafler.

Although Lafler said that her husband and the truck drivers eventually made up, even shaking hands after the verbal altercation, she was concerned that the next person they had a run in with may not be so lucky. She agrees that her husband should have never pulled over, but he did and although they were shaken up by the incident she is grateful the feud was settled without any injuries.

Lafler and her husband felt that at some points the truck driver was attempting to run them out of their lane into other vehicles.

At approximately 6:54 P.M., the tractor-trailer was stopped by several CHP units near the Roy Rogers Drive exit and two suspects were held at gunpoint.

Mark Landon Joiner, 23, and Devin Scott Blackwell, 23, were both detained, cited and released. At this time there are no scheduled court dates for either of the subjects.