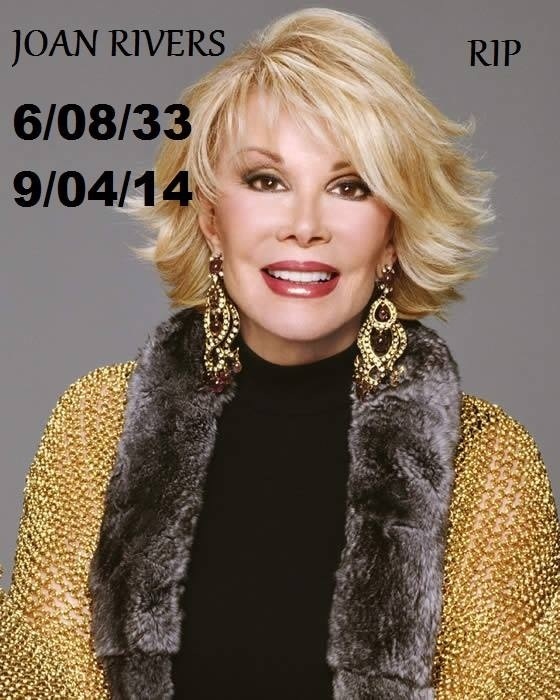 On September 4, 2014, Rivers died following serious complications—including cardiac arrest—that arose during throat surgery at a clinic in Yorkville on the Upper East Side of Manhattan.

“It is with great sadness that I announce the death of my mother, Joan Rivers,” Melissa Rivers said in a written statement today. “She passed peacefully at 1:17 p.m. surrounded by family and close friends. My son and I would like to thank the doctors, nurses, and staff of Mount Sinai Hospital for the amazing care they provided for my mother.”