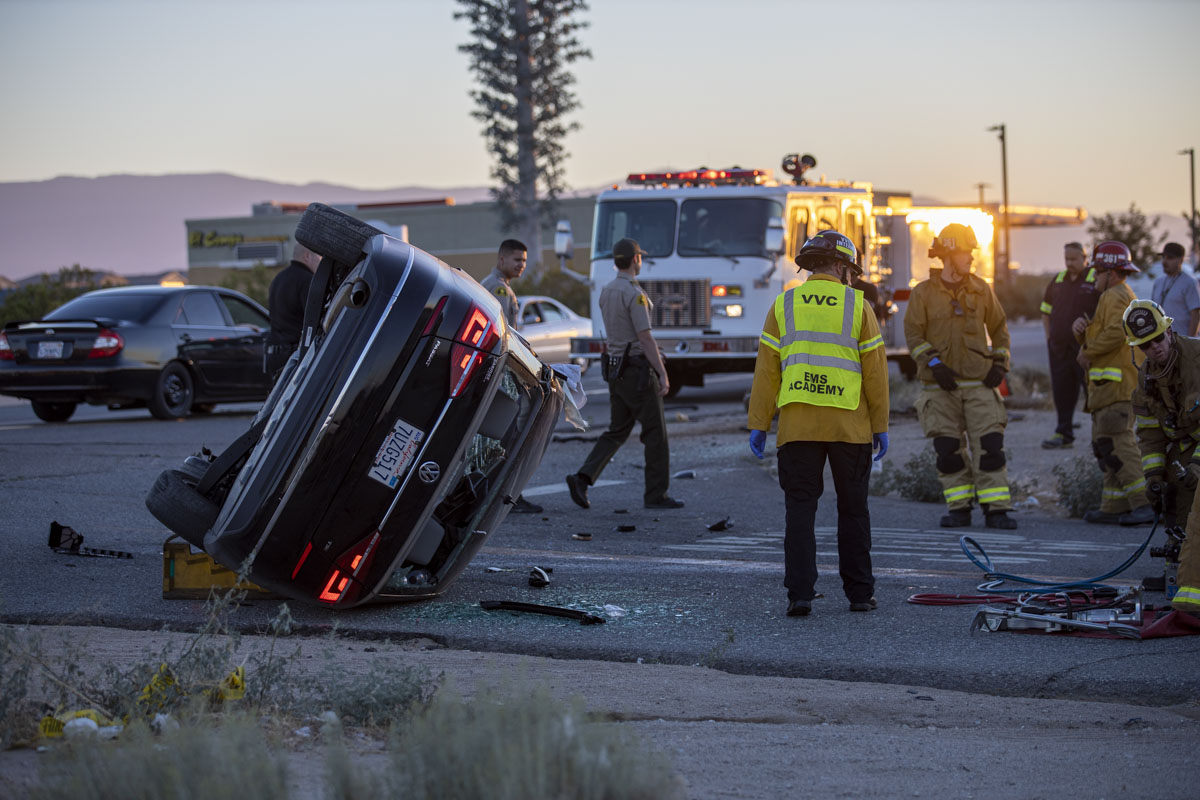 VICTORVILLE, Calif. (VVNG.com) — A combative man trapped inside a vehicle was arrested for battery after punching a firefighter and kicking two cops, officials said.

At about 7:23 PM on August 3, 2020, deputies from the Victorville station responded to the scene of a single-vehicle rollover at Luna Road and Cantina Drive.

Upon arrival, officers located a black 2016 Volkswagen Passat on its side and blocking the roadway. Sheriff’s spokeswoman Mara Rodriguez said the 32-year old Los Angeles resident, Everette Lawrence Thompson, was the sole occupant of the vehicle and was trapped inside.

Rodriguez said fire personnel used hydraulic equipment to extricate Thompson from the car and during the extrication process, Thompson punched one of the firemen in the face.

“As deputies assisted AMR personnel in getting Thompson onto the gurney and into the ambulance so that he could be transported to the hospital for examination after the crash, Thompson became combative. He kicked two deputies and attempted to kick other fire and AMR personnel,” stated Rodriguez.

Thompson was booked at High Desert Detention Center after being cleared by the hospital. He was arrested for PC69 Obstructing/Resisting and PC243(C)(1) Battery on Emergency Personnel.

Thompson is being held on a $50,000 bail and is scheduled for arraignment on August 5th.

Rodriguez said alcohol is believed to have played a factor in the rollover and the case will be forwarded to the District Attorney’s office for review and consideration of additional charges.