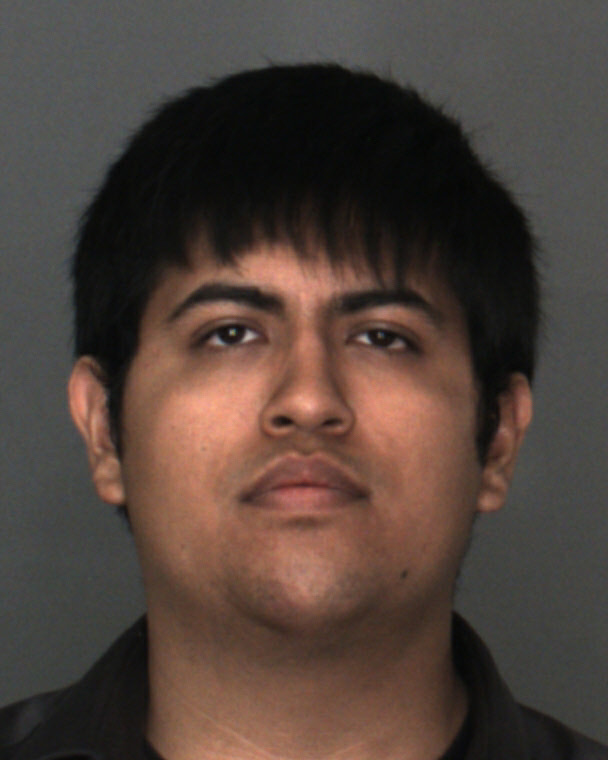 HIGHLAND:(VVNG.com)- On September 16, 2014 Highland Police received information from the victim’s father that his 12-year-old daughter had been chatting with an adult male on a social media site, and the male subject was trying to get the juvenile to meet him for sex.

Highland Police Detectives began an investigation, and made contact with the adult male subject and continued chatting with him on the social media site. The chat conversation was sexual in nature, and the male identified himself as being 20-years-old. The male agreed to meet with whom he thought was a 12-year-old female; so they could engage in sex inside of his vehicle. A pre-arranged meeting location and time were discussed at a local park in the City of Highland.

On September 17, 2o14 at about 8:30 a.m., an undercover detective posed as the minor child and went to the arranged meeting location. Marcelino Martinez arrived a short time later, and tried to lure the decoy to his vehicle. He was then contacted by Detectives. Martinez was found to be in possession of condoms in his vehicle. A search warrant was served at Martinez’s home in the City of Colton, where Detectives located additional electronics in his bedroom, which contained photos and videos of minor children, engaged in sexual activity.

Martinez was arrested for the above charges, and booked into County Jail, where he is being held in lieu of $50,000 bail. Detectives believe that Martinez has previously met with other minors with the intent to have sexual relations. Anyone that may have met with Martinez is urged to contact Highland Police Detectives. If you choose to remain anonymous, call WeTip at 1-800-78-CRIME.