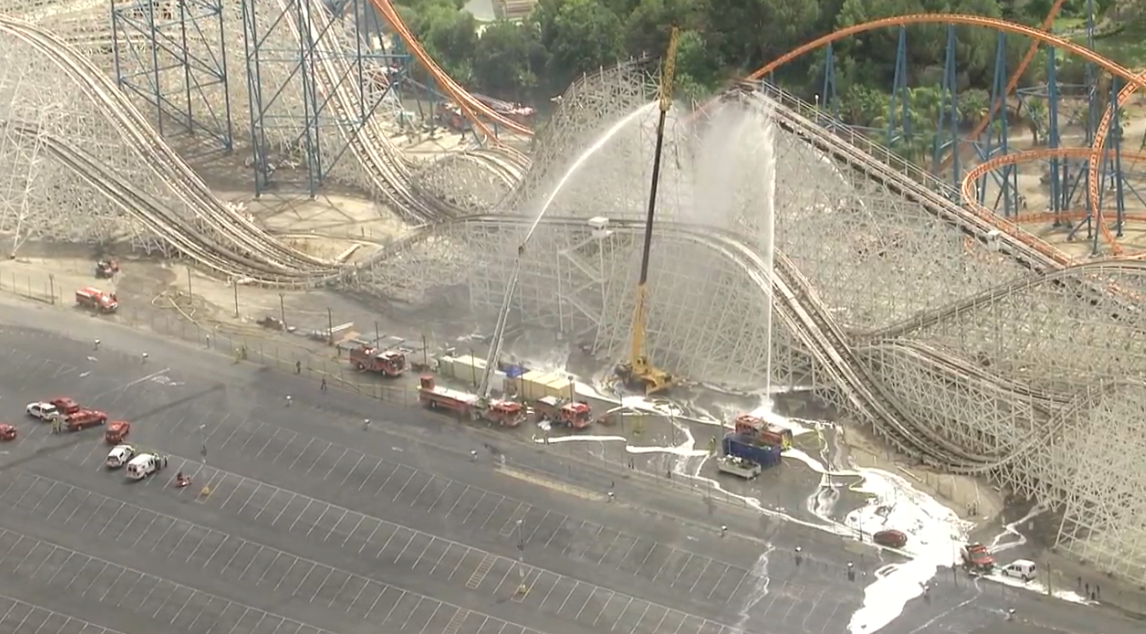 VALENCIA:(VVNG.com)- At 1:31 p.m., Firefighters responded to a report of a fire at Six Flags Magic Mountain. Upon arrival they discovered the iconic roller coaster Colossus was on fire.

The highest portion of the roller coaster had a partial collapse and was visibly charred. Firefighters managed to contain and put out the fire very quickly. The dark smoke was visible from the San Fernando Valley.

Colossus closed to the public on August 16, 2014 and was in the process of being renovated. The ride was scheduled to re-open in 2015 as the world’s longest hybrid roller coaster.

No injuries have been reported and at this time the exact cause of the fire is unknown.